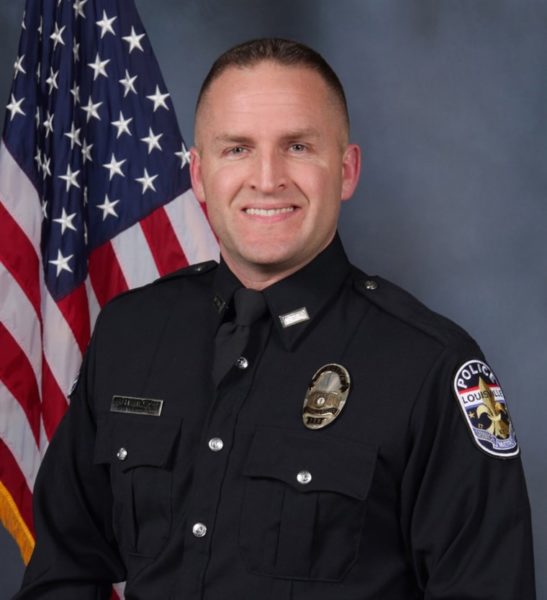 The former Louisville police officer involved in the tragic death of Breonna Taylor now has more legal issues on his hands.

Hankison, who is the only officer to face charges in Breonna Taylor’s death, is being accused of sexually assaulting a law school student, Margo Borders, while she was intoxicated back in 2018.

She filed court papers in Jefferson County Circuit Court in Louisville Tuesday (Nov. 10th), accusing Hankison of allegedly using his authority to spark a friendship with Borders before he allegedly assaulted her. She said the incident left her

The court documents also allege that Hankison allegedly has a habit of doing this, and catching women off guard as he gives them rides home from Louisville bars he was working at before allegedly assaulting them.

“Brett Hankison is a 44-year-old sexual predator. For years, he has used his police uniform and secondary night club employment as mechanisms to prey on innocent women who are two decades younger than him.”

She previously made claims on Facebook as she demanded justice for Breonna Taylor. She wrote:

In April of 2018 I went out to a bar with some friends. I went to call an uber home and a police officer who I had interacted with on many occasions at bars in St. Matthews offered me a ride home. He drove me home in uniform, in his marked car, invited himself into my apartment and sexually assaulted me while I was unconscious.
It took me months to process what had happened and to realize that it wasn’t my fault and I didn’t ask for that to happen by allowing him to give me a ride home. I never reported him out of fear of retaliation. I had no proof of what happened and he had the upper hand because he was a police officer. Who do you call when the person who assaulted you is a police officer? Who were they going to believe? I knew it wouldn’t be me. ?
In March of 2020 that same officer and two others (John Mattingly and Myles Cosgrove) entered the home of Breonna Taylor under a no-knock warrant and with absolutely no regard for anyone’s life shot over 22 rounds murdering Breonna Taylor while she was sleeping.
Brett Hankison has a history of violence, sexual assault, and planting drug evidence on people. There have been multiple allegations against this man and reports but all cases dropped and no disciplinary action taken.
He is currently on paid leave in Florida on the beach.
I implore all of you to demand justice for all of his victims, but mostly demand justice for Breonna Taylor.
Contact the attorney general Daniel Cameron to charge him and the LMPD Professional Standards Unit to fire him.

Borders is working with the same lawyers that represented Breonna Taylor’s family members as they won a $12 million wrongful death lawsuit from the City of Louisville regarding her death.

A member of her legal team, Lonita Baker, said in a statement to ABC News:

“Our client, Margo, felt that it was necessary to come forward and pursue justice, and hold Brett accountable. He used his uniform and badge to target unsuspecting women whom he knew were in a possible state where they could not consent and took advantage of them. It’s disgusting.”

“I just found out it was filed yesterday. So I don’t know anything about it.”

What are your thoughts on the lawsuit? Comment and let us know.