Gucci Mane Replaces T.I. & Is Set To Do A Verzuz Battle Against Jeezy 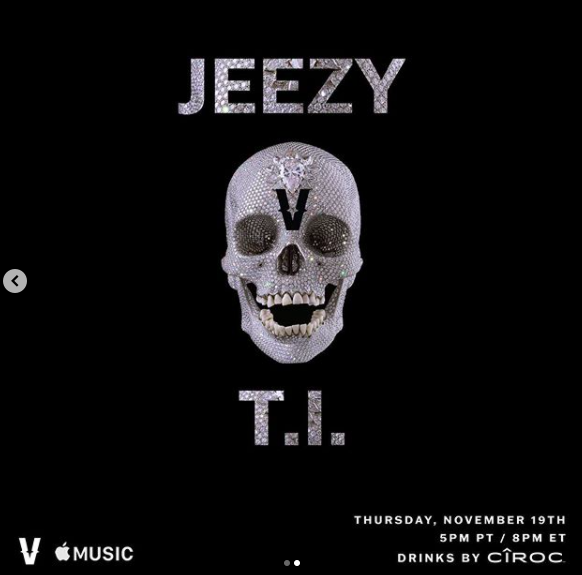 Fans were shocked when T.I. posted a new flyer on his Instagram promoting Gucci Mane and Jeezy for a Verzuz battle. He captioned the post, 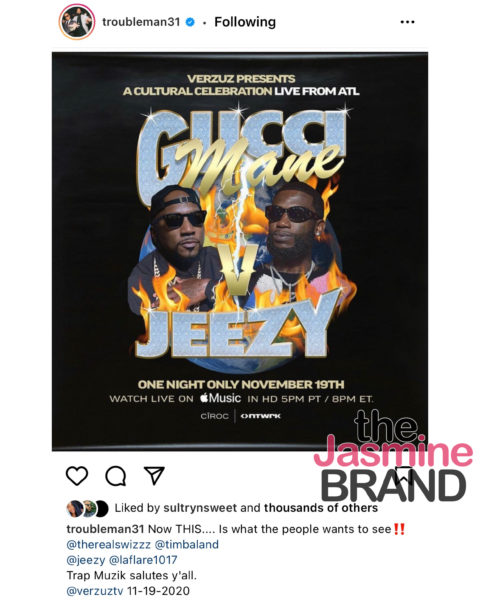 As previously reported, Jeezy revealed that he initially wanted to go up against Gucci Mane in a Verzuz battle, however, Gucci Mane declined. During a recent interview, he explained how he ended up battling T.I. after Gucci Mane said no.

Just last month, Gucci Mane took to Twitter saying he wouldn’t do a VERZUZ unless $1 million dollars was on the table. He wrote,

“Stop asking me about doing a @verzuzonline battle unless they got a million dollars they scared of Wop. #GuccimaneVsWhoever”

Fans are especially surprised by the sudden change since Jeezy and Gucci Mane have had a long time beef stemming back to 2005 when the pair collaborated on the hit song, “Icy”.

Reportedly, Jeezy believed that the single would appear on his debut album Let’s Get It: Thug Motivation 101. However, Gucci Mane used it for his debut album, Trap House. Jeezy also claimed he was never paid for the hit record. Jeezy then released “Stay Strapped,” and claimed that he had a bounty out on Gucci. Gucci responded with his own diss track “Round One,” and from there, the trap music rivalry began.

Details on how the two came together and agreed to do a Verzuz battle are scarce. Hopefully the two trap music founders will give us some insight on Thursday (Nov.19) when they duke it out on Verzuz.

What are your thoughts? Let us know in the comments below.

The post Gucci Mane Replaces T.I. & Is Set To Do A Verzuz Battle Against Jeezy appeared first on theJasmineBRAND.

Source of the article : New feed at Gucci Mane Replaces T.I. & Is Set To Do A Verzuz Battle Against Jeezy