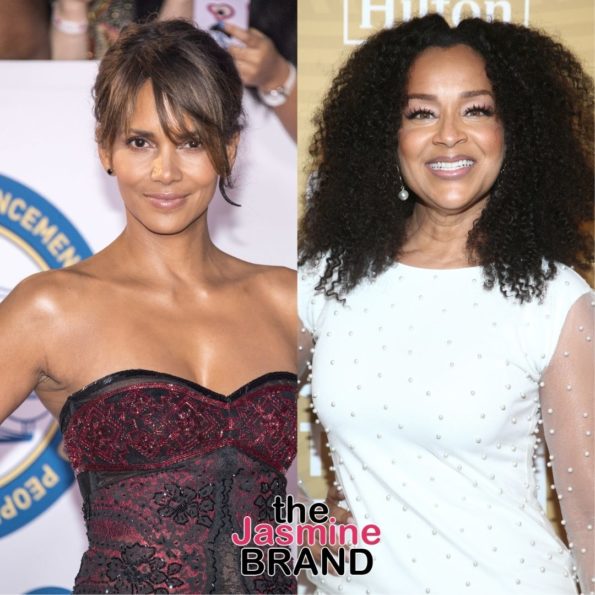 Update #1 (Nov. 25th): Halle Berry seems to be laughing off LisaRaye McCoy’s comments about her sex life. The actress responded to a story about LisaRaye’s comments and joked that she should check with Halle’s boyfriend, singer Van Hunt.

Ms. @TheRealLRaye1 , ask my my man
@vanhunt he’ll tell ya all y’all need ta know. Face with tears of joy 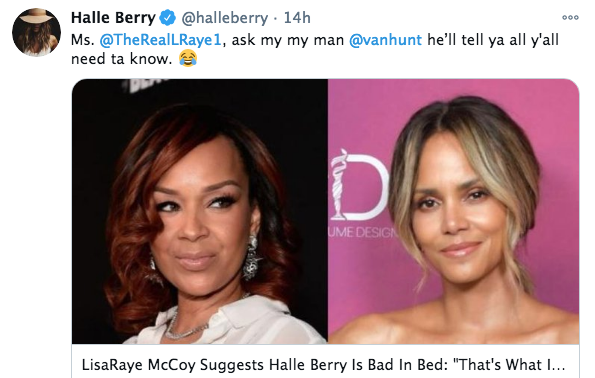 LisaRaye McCoy says that social media had a lot to say about her remarks and she started off by saying that she and Halle don’t have any bad blood.

“That disturbed me because Halle is beautiful, I don’t have a problem with Halle, I love Halle, Halle is breaking barriers for all of us, you know what I mean? So that is absolutely a no no.”

She then adds that she did hear the rumor about Halle (not being good in bed), back when Monster’s Ball came out:

“However I absolutely heard that I remember when Monster’s Ball, her love scene, and they were trying to say that, that’s how she is in bed, and it was like ‘no it’s a movie guys, what are you talking about?’  Then they came out with the whole Wesley Snipes thing, who was that that hit her in the ear, or something, like she didn’t have good relationships, and I was like ‘Chile we all done broke up with somebody that we ain’t with now.’ So sh*t we all tryna be with somebody, gotta go through a lot of folks to get to that one.”

Check out the clip below:

#LisaRaye Clarifies Her Remarks About #HalleBerry Being Bad In Bed pic.twitter.com/Sz8w5IWyB6

As previously reported, the hosts discussed some of the attractive men that singer Toni Braxton was connected to back in the day. While the topic of Toni Braxton was on the table, LisaRaye McCoy shared an unconfirmed rumor about Halle Berry‘s sex life. LisaRaye says that she heard that Halle Berry wasn’t good in bed.

Check out the clip below:

According to LisaRaye, there’s a rumor floating around that Halle Berry isn’t good in bed? pic.twitter.com/GOnEllCqC8

What are your thoughts on LisaRaye McCoy clearing up the rumor she heard about Halle Berry not being good in bed? Let us know in the comments!

The post Halle Berry Reacts To LisaRaye McCoy’s Comments About Her Sex Life: Ask My Man! appeared first on theJasmineBRAND.

Source of the article : New feed at Halle Berry Reacts To LisaRaye McCoy’s Comments About Her Sex Life: Ask My Man!