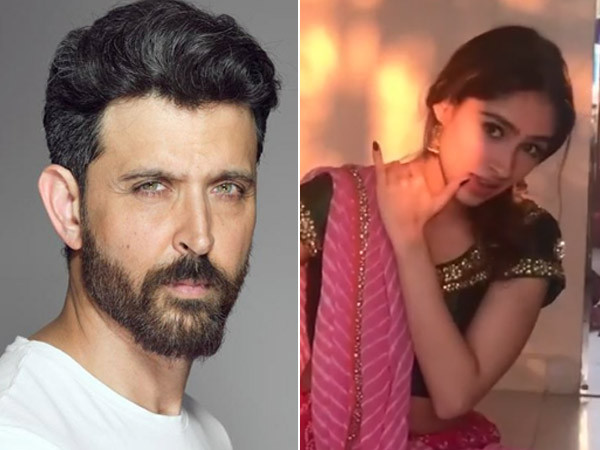 Last year there were reports that Hrithik Roshan’s cousin Pashmina Roshan might soon join the industry. The young girl is music composer Rajesh Roshan’s daughter and it’s said she’s going to be launched by a big banner. Today Hrithik Roshan officially introduced her to his Instagram followers with a lovely video posted by her.

Pashmina Roshan marks her birthday today and Hrithik decided that this would be his best birthday gift to get her noticed on his feed. The actor who otherwise doesn’t post much on social media, posted a video to wish his cousin a happy birthday. In the video, we see her in an Indian avatar dancing to Mohe Rang Do Laal (Bajirao Mastani). The actor captioned the picture saying, ‘You are a STAR my dear Pashmina . On screen and off ! Happy Birthday to a source of pure joy and laughter! Love you.’

You are a STAR my dear Pashmina . On screen and off ! Happy Birthday to a source of pure joy and laughter! Love you âÃ‚Â�¤ï¸Ã‚Â� @pashminaroshan

The young girl has studied at Barry John’s acting school in Mumbai and also featured in the theatre production of The Importance of Being Earnest. Meanwhile, reports are strong that Hrithik Roshan might move to Hollywood for his big break in the West, where he will get to play a spy. He might finish shooting for Krrish 4 first and then jump to Hollywood. Let’s wait for an official announcement from the actor itself.


Source of the article : New feed at Hrithik Roshan shares a beautiful video of cousin Pashmina Roshan to wish her on her birthday