James Gunn’s ‘The Suicide Squad’ Has Recruited Sylvester Stallone, But Who Is He Playing?

The Suicide Squad completed production back in February, and now director James Gunn is hard at work on post-production to finish the film for release in August 2021. But that hasn’t stopped the movie from picking up a new cast member. Sylvester Stallone has officially joined the cast of The Suicide Squad, and there’s a chance we know who he’s playing.

Director James Gunn confirmed the Sylvester Stallone’s involvement on social media by posting this on Instagram: 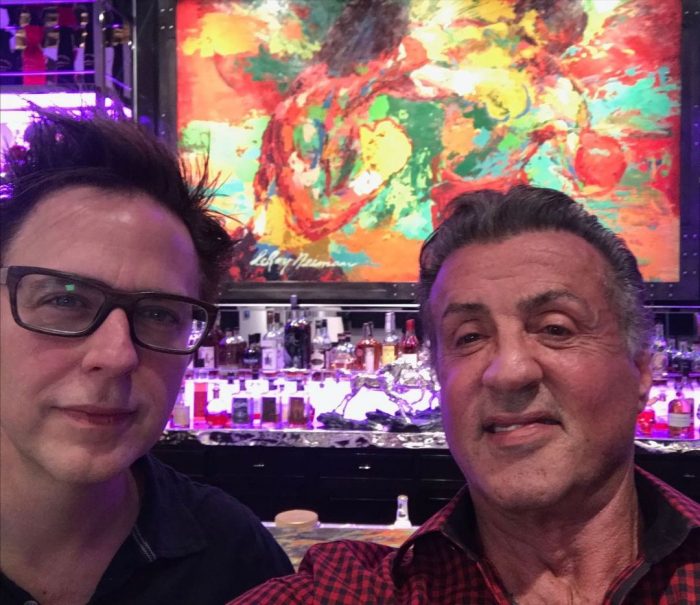 In the caption accompanying the photo, Gunn wrote, “Always love working with my friend Sylvester Stallone and our work today on #TheSuicideSquad was no exception. Despite Sly being an iconic movie star, most people still don’t have any idea what an amazing actor this guy is.” Just to ensure there wasn’t any confusion, a fan double-checked to make sure this meant Stallone was going to be in the movie, and the director double-confirmed the Rocky and Rambo star’s involvement.

In case that wasn’t enough, Stallone also posted a story to Instagram confirming his involvement:

If production on The Suicide Squad has been done since February, then what role is Sylvester Stallone playing? Could Gunn be doing reshoots and adding Stallone as a new character? Probably not. You’ll notice that both Stallone and Gunn don’t say anything about shooting scenes. Stallone says he’s doing “a little work” and Gunn refers to their collaboration as “our work today.” So if Stallone isn’t shooting any scenes for the movie, then what work is he doing?

You might remember that The Suicide Squad is bringing King Shark to the big screen. During production, comedian Steve Agee was the physical stand-in to represent the character on set, in addition to playing the character John Economos, a role he will reprise in the HBO Max spin-off series Peacemaker starring John Cena. But there hasn’t been an actor announced for King Shark’s voice yet. Some speculated that might be who Taika Waititi is playing, but when you look at King Shark above, doesn’t Sylvester Stallone’s voice feel kinda perfect for that character?

Another option is that James Gunn could be shooting a credits scene or two for The Suicide Squad, perhaps leading into something for either a presumed sequel or the Peacemaker series. After all, Gunn not only gave Stallone a cameo role in Guardians of the Galaxy Vol. 2, but he put him in a credits scene teasing a new assembly of Guardians.

The Suicide Squad will arrive in theaters on August 6, 2021.

The post James Gunn’s ‘The Suicide Squad’ Has Recruited Sylvester Stallone, But Who Is He Playing? appeared first on /Film.

Source of the article : New feed at James Gunn’s ‘The Suicide Squad’ Has Recruited Sylvester Stallone, But Who Is He Playing?