Kevin Hart’s Ex Wife Torrei Hart Says She Wants Her Tesla & Everything Else Owed To Her, As She Responds To Joke From His Comedy Special 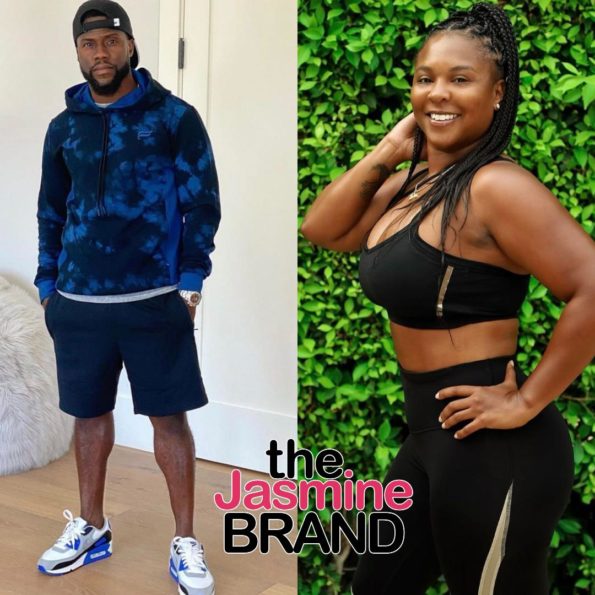 Kevin Hart’s Ex Wife Torrei Hart Says She Wants Her Tesla & Everything Else Owed To Her, As She Responds To Joke From His Comedy Special

Comedian Kevin Hart just released a new comedy special on Netflix titled, Zero F**ks Given. This comedy special was a little different than the norm. Instead of being inside an arena with thousands of fans, the special was filmed inside of Kevin’s living room with a handful of people wearing masks and sitting on socially distanced couches. In Zero F**ks Given, Kevin discusses several topics like adapting to the struggles of being in quarantine due to Covid-19, his children growing up, and life as a 41-year-old. During the special, Kevin also made a joke about ex-wife Torrei Hart and how he’s going to owe her a Tesla truck for the jokes he told about her in the comedy special. He said,

“I haven’t went over these jokes with my ex-wife yet. I just wanna let you guys know. These jokes are going to come with a price tag attached to it. Probably have to buy her a Tesla truck or something.”

Torrei Hart recently took to Instagram and posted a joke of her own in reference to Kevin. The 42-year-old actress/ T.V. personality posted a picture of herself with a caption, 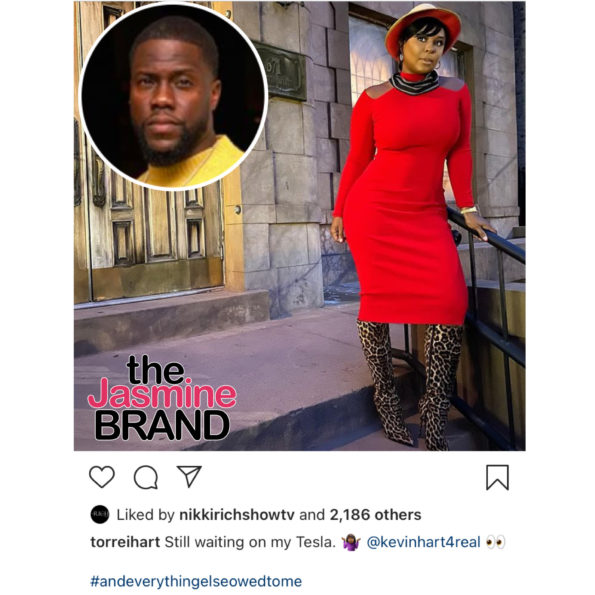 Kevin and Torrei were married from 2003 to 2011, and have two children together – daughter Heaven, 15, and son Hendrix, 13.  Kevin Hart has publicly admitted that he was the reason his marriage to Torrei failed and has taken full responsibility for it. During a 2016 interview, the 41-year-old comedian explained:

“I was young on my first marriage, Chelsea. I’m not ashamed to say it, guys. I got married at the age of 22. I was still all over the place. I didn’t really understand the definition of marriage. I wasn’t ready for it, so I take responsibility. I can say I messed my first marriage up. I’m man enough to say that.” 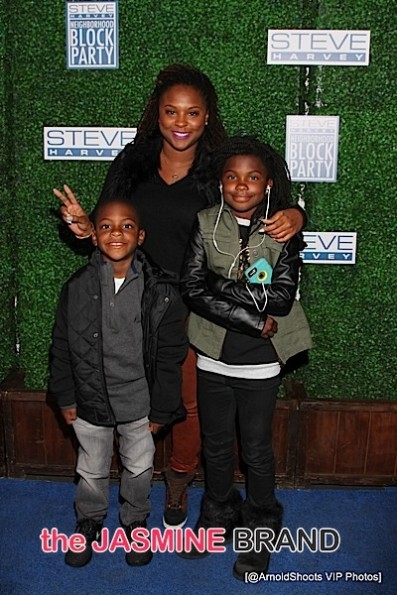 Kevin is now married to his long time girlfriend, Eniko Parrish. The pair had been dating since 2009 and tied the knot August 2016. Kevin and Eniko share two children together, Kenzo, 3 and in September welcomed a baby girl named Kaoris.

What are your thoughts? Let us know in the comments below.

The post Kevin Hart’s Ex Wife Torrei Hart Says She Wants Her Tesla & Everything Else Owed To Her, As She Responds To Joke From His Comedy Special appeared first on theJasmineBRAND.

Source of the article : New feed at Kevin Hart’s Ex Wife Torrei Hart Says She Wants Her Tesla & Everything Else Owed To Her, As She Responds To Joke From His Comedy Special