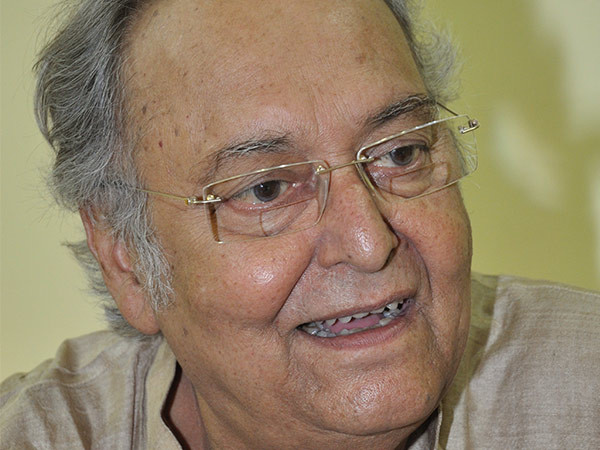 Soumitra Chatterjee was born in Sealdah, West Bengal on January 19, 1935. His grandfather and father both were associated with theatre and Soumitra too joined theatre while still in school and started getting accolades for his work from a very early age. Soumitra graduated from the City College, Kolkata with honours in Bengali literature and later did an M.A. in Bengali literature from the University of Calcutta. He joined the famous theatre personality, Ahindra Choudhury, while still a student. The doyen of Bengali drama, Sisir Bhaduri, was also one of his mentors. After college, he briefly worked as an insurance agent and then joined All India Radio as an announcer and also started looking for work in films. After two decades in films, he did return to theatre, his first love, in 1978, with his production Naam Jiban. His other noted plays include Rajkumar (1982), Phera (1987), Nilkantha (1988), Ghatak Biday (1990), Tiktiki (1995), an adaptation of Sleuth, Nyaymurti (1996), and Homa Pakhi (2006). Besides acting, he also wrote and directed plays and was an avid translator as well. He also took to performance poetry in his later years. His swan song in the theatre was said to be the play Raja Lear directed by Suman Mukhopadhyay, a play based on King Lear by William Shakespeare. 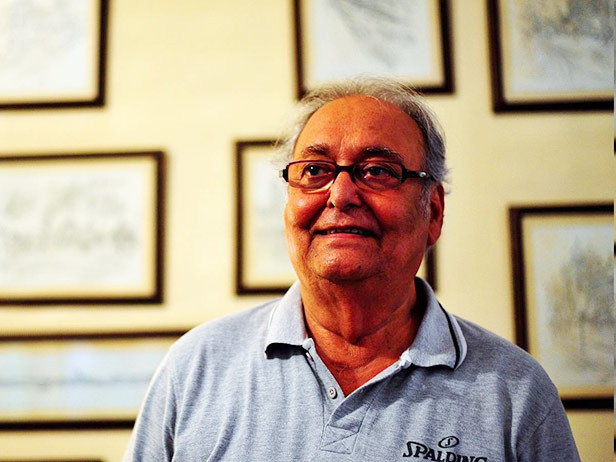 His claim to fame lies in his long and fruitful association with that giant of Indian cinema, Satyajit Ray. The duo worked in some 14 films together. He had the honour of making his debut in the third part of Ray’s most famous work — the Apu trilogy. In Apur Sansar (1959), he played a young writer dealing with the travails of newly wedded life. 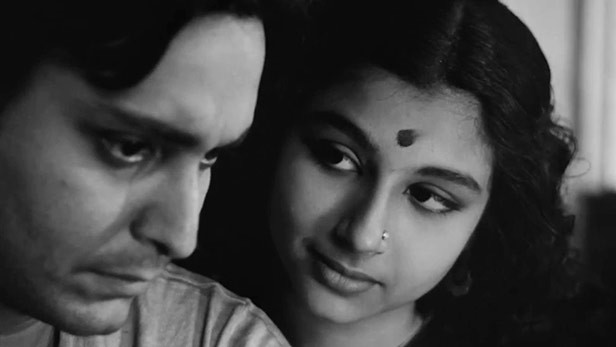 His sensitive performance won him accolades and admirers worldwide. Soumitra also brought to life that masterful creation of Ray, the detective Feluda. Ray’s stories revolving the adventures of this Indian Sherlock Holmes were a rage and Soumitra captured the nuances brilliantly in films like Sonar Kella (1974) and Joi Baba Felunath (1979). His other notable films with Ray include Devi (1960), Teen Kanya (1961) and Charulata (1964).

He didn’t just restrict himself to his mentor but worked with other notables of Bengal cinema too.  One remembers him for the natural ease he displayed in Mrinal Sen’s Akash Kusum (1965) or In Tapan Sinha’s Jhinder Bandi (1961), an adaptation of The Prisoner Of Zenda, where he incidentally played a villain opposite Uttam Kumar. The duo were portrayed as rivals by the press but were friends in actuality and maintained cordial relations throughout.

Entering the 1980s and 1990s, he started working with contemporary directors, like Goutam Ghose, Aparna Sen, Anjan Das and Rituparno Ghosh and even acted on television. In 1986, he played the role of a swimming coach in the film Kony (1986) directed by Saroj Dey, a role that came to be much admired by all. Soumitra didn’t lose his command over acting to age. The new directors in Bengali films recognised that and wrote roles keeping him in mind. His famous films during his latter years include Asukh (1999), directed by Rituparno Ghosh, Shadows Of Time (2004), directed by Florian Gallenberger, Paanch Adhyay (2012) directed by Pratim D Gupta, Hemlock Society (2012) directed by Sijit Mukherji, Rupkatha Noy (2013), directed by Atanu Ghosh, Shunyo Awnko (2013) directed by Goutam Ghose, Bela Seshe (2015) directed by Nandita Roy and Shiboprosad Mukherjee, Posto (2017), directed by Nandita Roy and Shiboprosad Mukherjee, and Mayurakshi (2017) directed by Atanu Ghosh. He was to appear in a spiritual sequel to Bela Seshe called Bela Shuru in 2020. The film was complete but got stuck due to the COVID-19 pandemic. 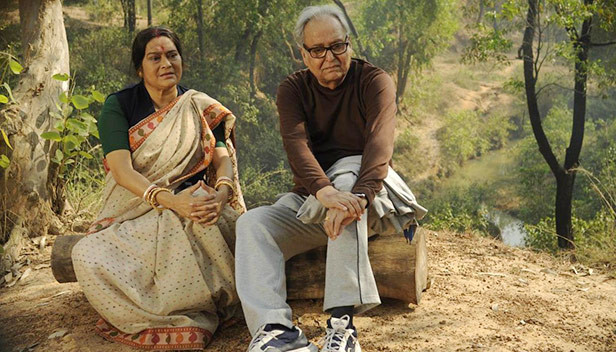 A true legend of Bengali cinema, Soumitra Chatterjee, who is said to have much admired Balraj Sahni, sadly never crossed over to Hindi films. It’s said Hrishikesh Mukherjee offered him, Anand, Shashi Kapoor offered him Junoon but he refused them. His apathy towards Hindi cinema was a veritable loss to millions of film buffs down the generations who surely would have benefited from his superlative acting. Not that he doesn’t enjoy a cult following outside Bengal. Connoisseurs the world over recognise him as one of the sublime actors of the modern era. He was honoured by the Government with the Dadasaheb Phalke Award in 2012 for his contribution to cinema and has also honoured by the French Government with The French Legion of Honour for his contribution to Arts in 2017. His other awards and honours conferred by the Government of India include the Padma Bhushan (2004), Sangeet Natak Akademi Tagore Ratna (2012), National Film Award – Special Jury Award for Antardhan (1991) and Dekha (2001), and Silver Lotus Award – Best Actor for Podokkhep (2006). His Filmfare Awards include Best Actor (Critics) for Rupkatha Noy (2013) and Mayurakshi (2017). 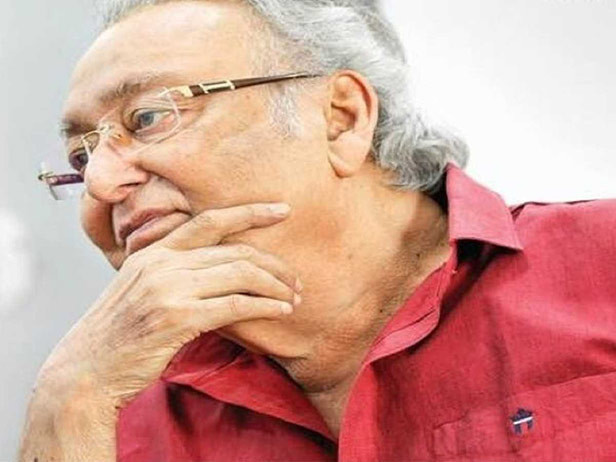 He was having health issues since some time and was reportedly suffering from the chronic obstructive pulmonary disease (COPD). The veteran tested positive for the novel coronavirus on October 6, following which he was admitted to Bellevue Nursing Home in Kolkata. On October 9, Soumitra Chatterjee was moved to the ITU and put on oxygen support after his health worsened. He was later put on BiPap ventilation. His condition worsened since October 25 and he was put under life support since then. According to the doctors, his key problem was Covid-19 encephalopathy. He wasn’t responding to treatment of late and passed away on November 15, 2020

His daughter Poulami Bose learnt acting under Utpal Dutt and is an active theatre worker and is the artistic director of her group Mukhomukhi.

Source of the article : New feed at Obituary: Soumitra Chatterjee