Want to pick up the Adidas shoes that Miles Morales wears in the new Spider-Man game? How much money will Square Enix lose due to Marvel’s Avengers poor sales? Want to win a Crisis on Infinite Earths script signed by Grant Gustin and Ezra Miller? How did Robin die in Batman v Superman? When does the Suicide Squad spin-off series Peacemaker start shooting? All that and more in this edition of Superhero Bits.

This new Marvel Storyboards featurette talks to cosplayers about their process and the fandom community.

Photos from the set of Superman & Lois provide a blurry glimpse at the new suit worn by Tyler Hoechlin.

Spider-Man's cool and all, but when is Spider-Lamp getting his own game? pic.twitter.com/9BpeL9gdqa

A glitch in the Spider-Man: Miles Morales video game allowed someone to swing around as a heating lamp.

Marvel Entertainment publisher John Nee has been laid off as part of Disney’s unfortunate COVID-19 cutbacks.

Square Enix has reportedly lost over $63 million due to the underselling of the Marvel’s Avengers video game.

A collection of variant comic covers in honor of Wonder Woman 1984 were delayed and will debut in 2021. 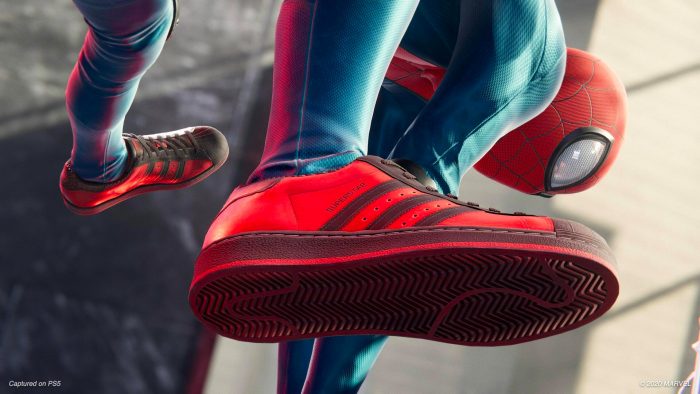 Adidas will be releasing the sneakers worn by Miles Morales in the brand new Spider-Man PlayStation game.