The Best TV Shows and Movies Leaving Netflix in December 2020

You better watch out. You better not cry. You better not pout. I’m telling you why: Netflix is removing some movies in December. So it goes. But November isn’t over just yet, so if you act now, you can still watch the films mentioned below!  Here are the best movies leaving Netflix in December 2020.

Spider-Man: Into the Spider-Verse

Spider-Man: Into the Spider-Verse, AKA the best Spider-Man movie, proved that our current glut of superhero films need not stick so rigidly to a standard formula. This animated adventure brings us to another universe, where teen Miles Morales becomes Spidey and has to deal with all sorts of problems, including the collision of alternate dimensions. It’s funny, it’s kind, it’s a total blast. And it’s leaving Netflix.

The Autopsy of Jane Doe

A supremely creepy and effective little chiller, The Autopsy of Jane Doe has father-son morticians Brian Cox and Emile Hirsch cutting up the body of an anonymous woman found at a crime scene. On the outside, the dead woman shows no real signs of injury, but once they start opening her up they find all sorts of horrifying discoveries that defy logic and explanation. Set almost entirely in one small location, The Autopsy of Jane Doe is indie horror done right. 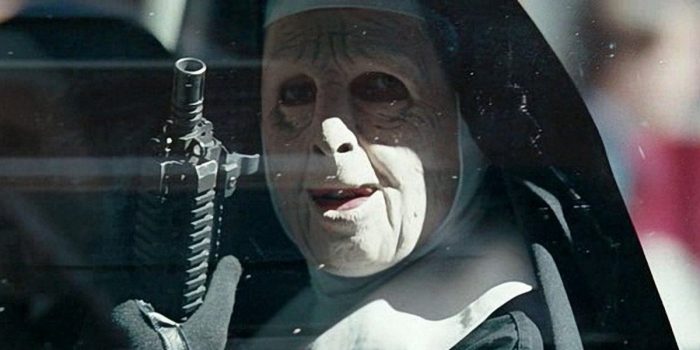 Ben Affleck‘s The Town is so Boston-y that you can practically smell the Dunkin Donuts coming off the screen. Drawing on crime thrillers of the past, like The Friends of Eddie Coyle and, of course, Heat, Affleck crafts a surprisingly great flick about a team of bank robbers. Affleck plays the leader of the crew who finds himself falling for Rebecca Hall, a bank teller he once took hostage. And Jeremy Renner gives arguably the best performance of his spotty career as Affleck’s volatile right-hand man.

Back to the Future

You know the drill: “teen” Marty McFly (Michael J. Fox) accidentally goes back in time, ruins his parents’ budding romance, gets hit on by his mom, invents rock and roll. Standard stuff.

Raiders of the Lost Ark

Raiders of the Lost Ark – no, it’s not called Indiana Jones and the Raiders of the Lost Ark, despite the constant attempts at re-branding – is Steven Spielberg firing on all cylinders, crafting a rollicking adventure inspired by pulp magazines and classic serials. Harrison Ford has never been cooler. No, not even in Star Wars. I said it, and I mean it.

Eternal Sunshine of the Spotless Mind (2004)

How the Grinch Stole Christmas (2000)

Indiana Jones and the Kingdom of the Crystal Skull (2008)

Indiana Jones and the Last Crusade (1989)

Indiana Jones and the Raiders of the Lost Ark (1981)

The post The Best TV Shows and Movies Leaving Netflix in December 2020 appeared first on /Film.

Source of the article : New feed at The Best TV Shows and Movies Leaving Netflix in December 2020