In this edition of TV Bits:

Let’s start things off with a bit of a bittersweet note. Longtime Jeopardy! host and TV icon Alex Trebek died earlier this week, and this video from the show’s executive producer explains what will happen to the series in the wake of that loss. (As of this writing, no replacement host has been announced yet.)

Here’s a photo of actor Pablo Schreiber on the set of Halo, Showtime’s highly anticipated and very expensive television adaptation of the mega-popular video game franchise. Wonder if anyone’s going to actually sell those “bottom half of Master Chief’s helmet” masks, because I’m in the market for a new mask to make my grocery store runs.

Apple’s upcoming comedic miniseries The Shrink Next Door already has comedy legends Will Ferrell and Paul Rudd on board as stars, and now it’s going to be an even more robust Anchorman reunion, because Kathryn Hahn has also joined the cast in a leading role. She’ll play Ferrell’s character’s sister in what sounds like a more modern riff on the Bill Murray comedy What About Bob?. Here’s the description of the series:

The Shrink Next Door is a dark comedy inspired by true events that detail the bizarre relationship between psychiatrist to the stars Dr. Isaac “Ike” Herschkopf and his longtime patient Martin “Marty” Markowitz. Over the course of their relationship, the all-too-charming Ike slowly takes over Marty’s life, even moving into Marty’s Hamptons home and taking over his family business. The series explores how a seemingly normal doctor-patient dynamic morphs into an unprecedentedly exploitative relationship filled with manipulation, power grabs, and dysfunction at its finest.

Here’s the trailer for the upcoming HBO Max comedy special Colin Quinn & Friends: A Parking Lot Comedy Show, which lands on the streaming service on November 12, 2020. Personally, I’m not sure if I’ll be able to get over the weirdness of the whole “honk and flash your lights in place of laughing” thing, but that’s just me. 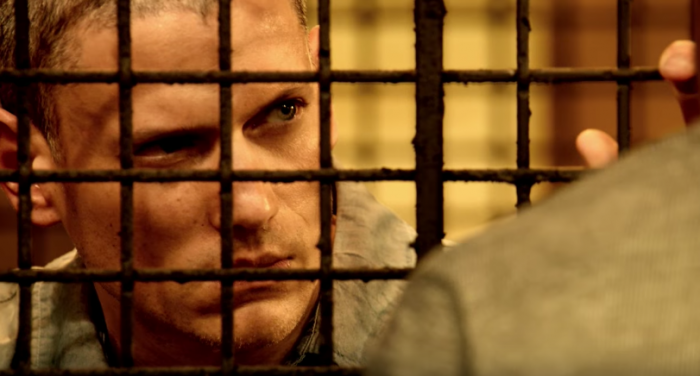 Wentworth Miller says he will not be back to reprise his role in future iterations of the Fox thriller series Prison Break. “I’m out. Of PB. Officially,” he said in a recent Instagram post. “I just don’t want to play straight characters. Their stories have been told (and told). So. No more Michael. If you were a fan of the show, hoping for additional seasons…I understand this is disappointing. I’m sorry.” And if you’re a fan of Miller’s, his follow-up post is worth reading as well.

Former NBA superstar and current commentator Charles Barkley, who has openly admitted to having a gambling addiction, is executive producing a scripted TV series called The Line, which is based on a 1999 bestseller called Scandals of ’51.

The Line will examine America’s loss of innocence through the eyes of two college basketball players: one who recognizes the hypocrisy of the system and uses it to his advantage by point shaving, and another who plays solely for the love of the game. The 1951 gambling scandal brought down the powerhouse team from the City College of New York (CCNY), one of the most diverse and successful basketball programs of the era.

Scoot McNairy is back as DEA Agent Walt Breslin in Narcos: Mexico season 3, and now THR has a lengthy report about a new batch of actors who have been added to the cast and the roles they will play in the new season. Head over there for the full details, but here’s a relevant bit of info:

Luis Gerardo Méndez will play Victor Tapia, a Juarez cop with a moral dilemma who, despite his misgivings over getting involved, is drawn into the mystery of a series of brutal killings. Alberto Guerra has been cast as Ismael “El Mayo” Zambada, an independent drug trafficker whose unassuming manner belies the fact that he is quietly one step ahead of everyone else. And Luisa Rubino steps into the role of Andrea Nuñez, who is described as a young idealistic and ambitious journalist whose mission to expose corruption brings her an even bigger story than she anticipated.

If you’ve never subscribed to Disney+, but you have shelled out some cash for the Xbox Game Pass Ultimate subscription, head into the Perks Gallery on an Xbox console or the Xbox Game Pass mobile apps and you can claim a free month of Disney+. This offer expires on March 2, 2021.