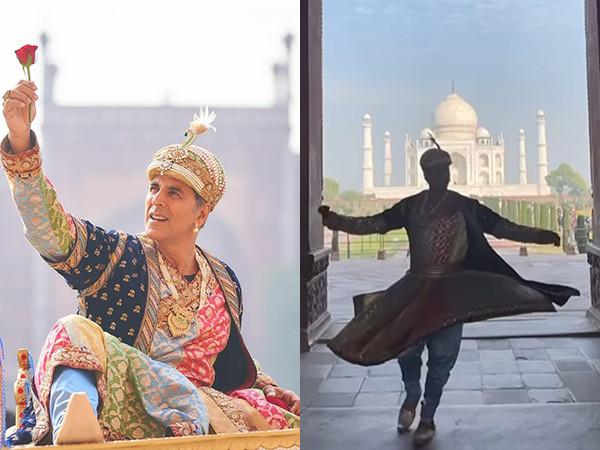 Aanand L Rai is back to shooting his next Atrangi Re. The filmmaker has managed to get quite an atrangi cast for his next. Starring Dhanush, Sara Ali Khan and Akshay Kumar in a special role, the film has excited everyone around.

This morning, Akshay Kumar and Sara Ali Khan decided to give us a glimpse into their Atrangi world and surprise the netizens. Akshay Kumar shared a slo-mo video of himself twirling against the background of the beautiful Taj Mahal. Akshay Kumar captioned the video saying Wah Taj! And his royal avatar got everyone excited.

And as if that one video was not enough for us, Sara Ali Khan too shared a picture where we see Akshay Kumar more clearly in his royal robes looking straight out of a Mughal era and the actress captioned the picture saying, ‘Because it can’t get more Atrangi than this. Not Shah Jahan – Mr Kumar it is.’ Well rightly said, these clicks and video surely says that the team upto shooting something atrangi and Akshay Kumar in this royal avatar has piqued our curiosity.

The actor is said to be finishing this shoot by year-end and then going to shoot for Bachchan Pandey.

Source of the article : New feed at Akshay Kumarâs Royal Look For Atrangi Re Is Driving the Internet Crazy