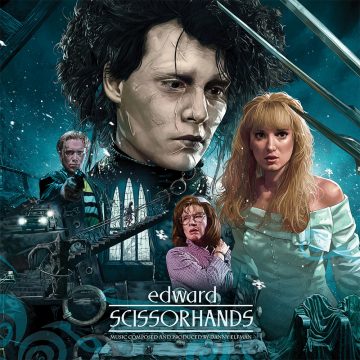 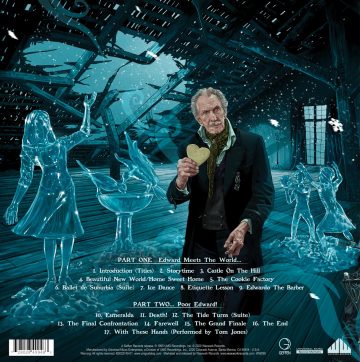 Waxwork Records is excited to present the 30th Anniversary deluxe release of Tim Burton’s EDWARD SCISSORHANDS Original Motion Picture Soundtrack, composed by Danny Elfman. Starring Johnny Depp, Winona Ryder, and Vincent Price, Edward Scissorhands is a dark-fantasy romance film that follows the story of a humanoid (Johnny Depp) that is taken in by a suburban family as a young man. Edward soon comes to be the talk of the town as his curious neighbors become intrigued by his mysterious behavior and by his hands, which are comprised entirely of scissor blades.

The soundtrack by four-time Oscar nominated composer Danny Elfman is a fairytale-esque composition of beautiful choral arrangements over orchestral melodies. With each track, the tale of Edward and Kim unfolds through whimsical strings and sprawling vocal lines. The soundtrack to Edward Scissorhands evokes an array of emotions but leaves you feeling hopeful. 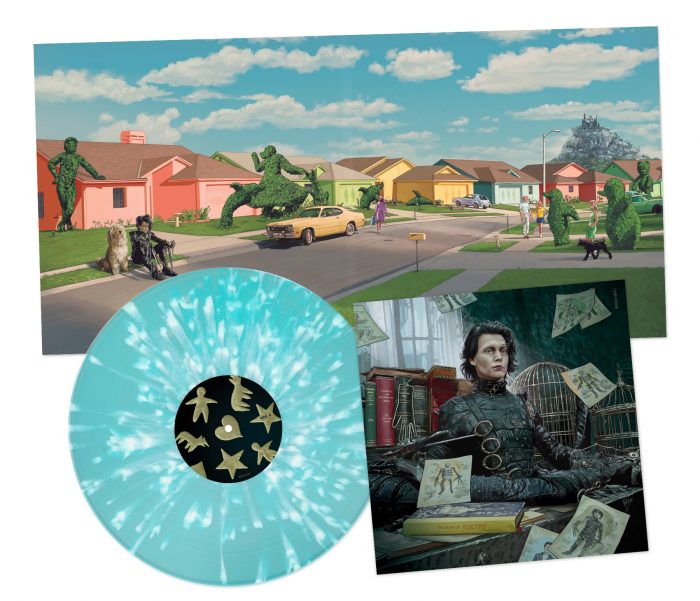 Danny Elfman’s score is hypnotic and beautiful, somehow haunting and whimsical at the same time, not unlike Edward Scisshorhands himself. And this new vinyl pressing will bring his compositions to life with remastered audio from the original masters.

The Edward Scissorhands vinyl soundtrack is pressed on 180 gram Ice Sculpture Blue with Snow Splatter colored vinyl, and it’s housed inside deluxe packaging with old style tip-on gatefold jackets with satin coating. You’ll also receive an 11×11 art print insert. You can pre-order it right now at Waxwork Records for $30 and it will ship sometime in January 2021.

Source of the article : New feed at Cool Stuff: ‘Edward Scissorhands’ Gets a 30th Anniversary Vinyl Soundtrack from Waxwork Records