Over the summer, new LEGO Art sets were revealed that allow fans to build pop culture portraits of characters like Iron Man and Darth Vader. Now the next wave of LEGO Art building sets has been revealed, and it’s inspired by the wizarding world of Harry Potter. 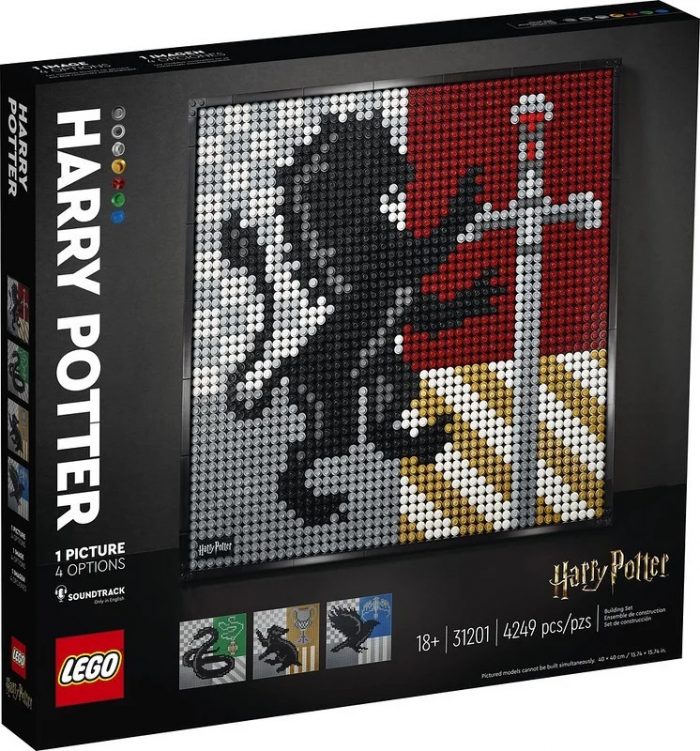 Comprised of 4,249 pieces, the Harry Potter LEGO Art sets include enough pieces to build each house crest for Gryffindor, Hufflepuff, Ravenclaw, and Slytherin. But if you want to have all four of them displayed on the wall (as seen above), you’ll need to buy four of the individual sets. 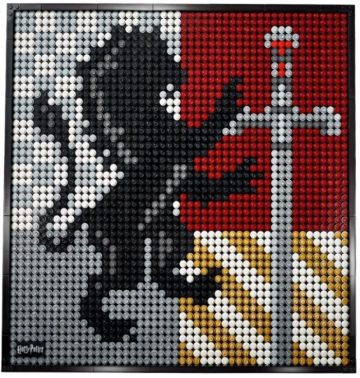 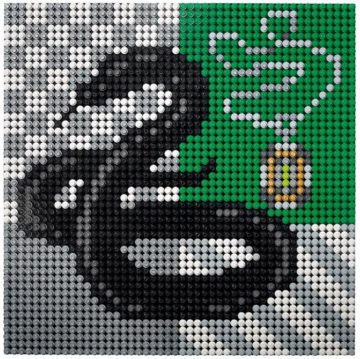 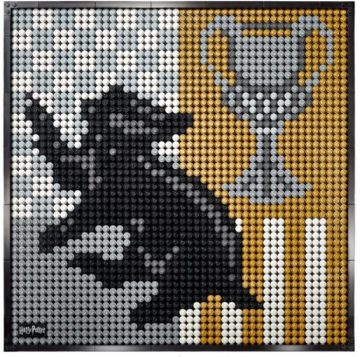 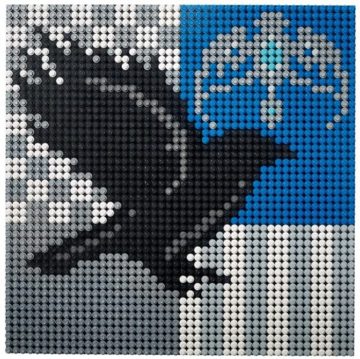 That might seem like you’re giving yourself a lot of extra pieces, but if you buy all four sets, then you can combine them to make one large Hogwarts school crest. Of course, that’s going to cost you more than a few Galleons, because each Harry Potter LEGO Art set costs $119.99. So if you want to build all four crests or the big Hogwarts crest, then you’ll have to spend roughly $480.00. And at that point, you might as well commission an artist to paint you a bigger, unique Hogwarts crest. 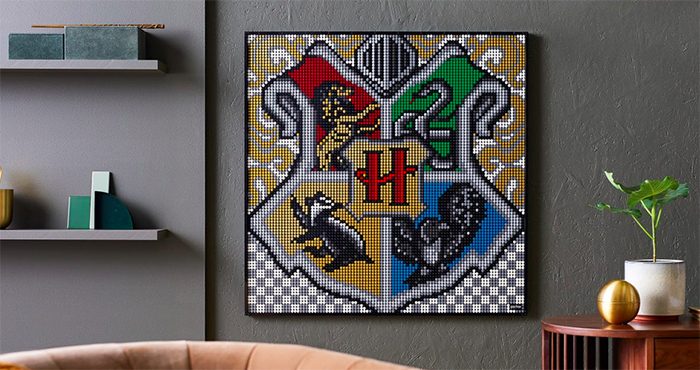 But if you get stress relief from building these kind of LEGO sets, then you can listen to an included soundtrack that not only plays music while you build, but also provides information about each of the Hogwarts houses and the world of Harry Potter. We doubt it’s anything that a hardcore Harry Potter fan spending $120 on a LEGO set wouldn’t already know, but that’s for them to figure out.

You can order the Harry Potter LEGO Art sets from The LEGO Shop starting on January 1, 2021.

Source of the article : New feed at Cool Stuff: ‘Harry Potter’ Hogwarts House Crests Are the Next LEGO Art Sets