Cory Booker Jokes That Rosario Dawson Isn’t Getting A Diamond Ring This Christmas: Not From Me, No 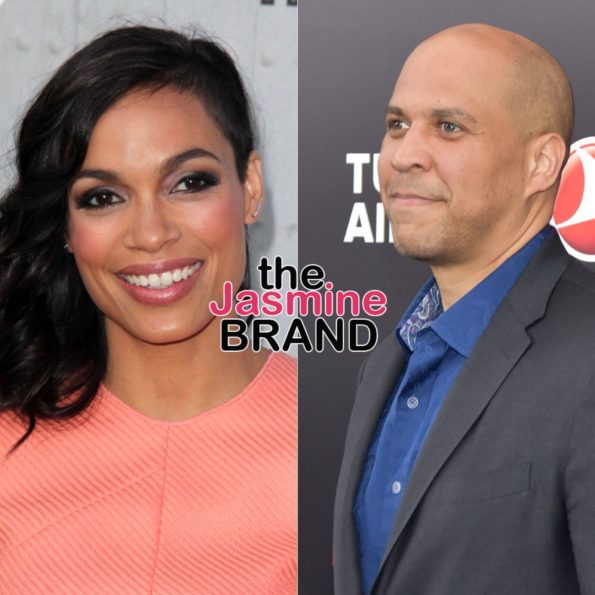 Cory Booker Jokes That Rosario Dawson Isn’t Getting A Diamond Ring This Christmas: Not From Me, No

Cory Booker and Rosario Dawson are still going strong, but wedding bells might not be on the horizon for them yet.

The Senator and actress have been dating for nearly two years now. Still, Cory Booker said she won’t be getting a diamond ring under the tree this Christmas.

He said while on VICE TV’s “Cari and Jemele (Won’t) Stick To Sports”:

“Wow. I already know the gifts I got her, and so I’m not getting her that item.”

He made it clear he wasn’t budging when asked about a possible diamond ring gift again.

“You put me on blast worse than my mom does. It’s getting a little hot.”

Though he doesn’t have plans to pop the question, he and Rosario Dawson are still moving along in their relationship as they moved in with each other earlier this year. 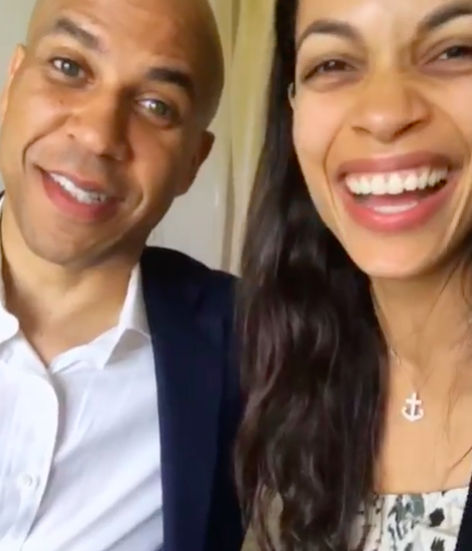 Cory Booker said back in August:

“This is the first time in my life I’ve really lived with somebody — and obviously Rosario and I are enjoying and adjusting to that, right?…So it’s just really nice to set a table, have somebody to say grace with, before a meal. It’s just those small things really are, I’m finding, incredibly enriching.”

“I’m in love! I am absolutely in love, and it is so exciting.”

Do you think Cory Booker should propose to Rosario Dawson? Comment and let us know.

The post Cory Booker Jokes That Rosario Dawson Isn’t Getting A Diamond Ring This Christmas: Not From Me, No appeared first on theJasmineBRAND.

Source of the article : New feed at Cory Booker Jokes That Rosario Dawson Isn’t Getting A Diamond Ring This Christmas: Not From Me, No