The animated Jurassic World: Camp Cretaceous adventures continue with an all-new season, arriving in January. The DreamWorks Animation/Netflix series follows a bunch of kids dealing with dino-mayhem all over Island Nublar, and season 2 has them stranded on the now-abandoned island. That would be bad enough as it is, but of course, there are all sorts of hungry dinosaurs on this particular island, so things are bound to get hairy. Watch the Jurassic World: Camp Cretaceous season 2 trailer below.

In Jurassic World: Camp Cretaceous season 1, six teenagers were chosen for “a once-in-a-lifetime experience at a new adventure camp on the opposite side of Isla Nublar.” But, as is a Jurassic tradition, something went wrong – the dinosaurs started terrorizing the island, and the campers were cut-off, unable to contact someone for help. So it’s kind of like Lord of the Flies with more dinosaurs and less existential questions about the inherent evil that lurks within the hearts and minds of humans everywhere.

Now here comes season 2! Those darn campers are still stuck on the island, and the island has been evacuated, which makes things even worse. Someone cut these kids a break, man. Here’s a synopsis:

Now stranded on an abandoned Isla Nublar, the campers struggle to survive among the wreckage of Jurassic World. As the T.Rex takes over Main Street, forcing the kids deeper into the jungle, the discovery that they may not be alone not only threatens their rescue but may uncover something more sinister. 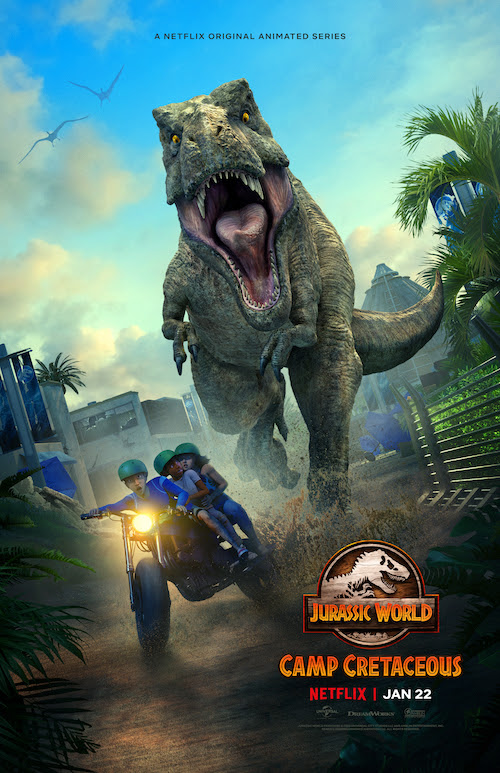 Source of the article : New feed at ‘Jurassic World: Camp Cretaceous’ Season 2 Trailer: The Campers Must Evolve or Die