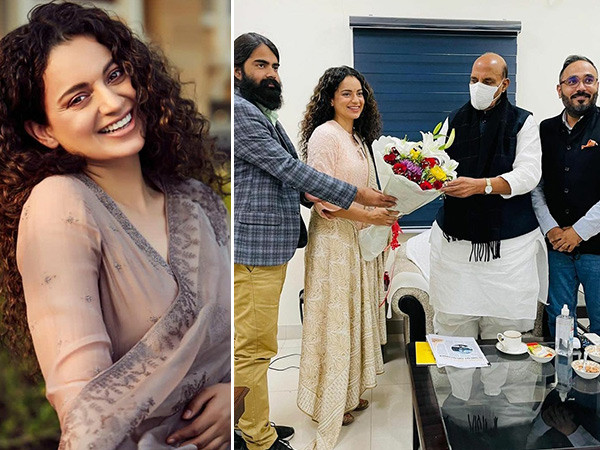 Kangana Ranaut recently completed shooting for her next Thalaivi where she plays the late Jayalalithaa on the big screen. But it looks like the actress is in no mood to rest after spending months in lockdown and has already moved to her next movie. The actress has started working on her next film Tejas which flags off by the end of this month.

Kangana essays the role of an Indian Air Force pilot in the film and the film is directed by Sarvesh Mewara. Since the film deals around the story of a lady fighter pilot and war, there are a lot of permissions that need to be taken and hence the makers met defence minister Rajnath Singh for it. 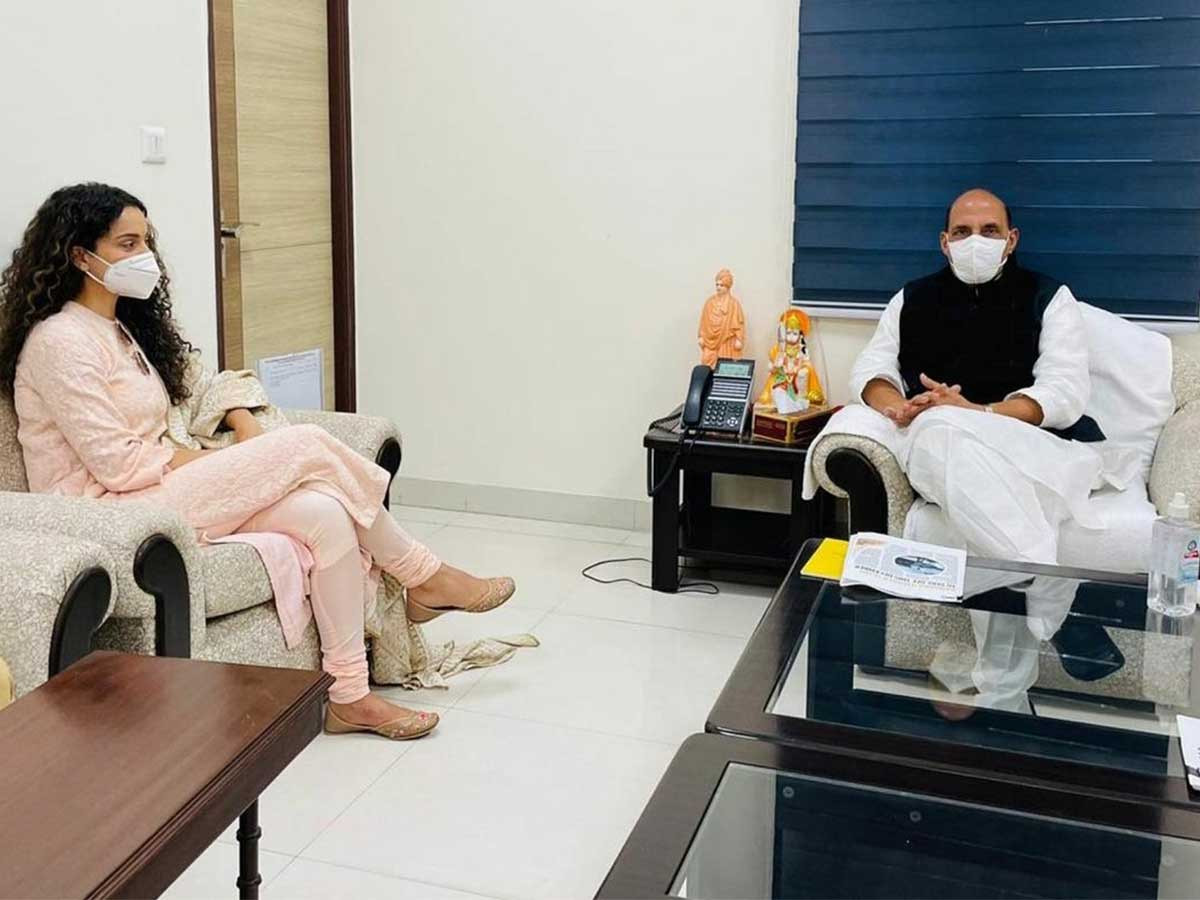 Last evening the actress had shared some pictures on Twitter where we see her and the team of Tejas meeting the defence minister. Today she shared a picture on her Instagram, where we see her in an Indian attire in her car post a meeting and shared more details about the meeting which was held to seek permissions for the film and even get his blessings on the project before they commence shooting for it. She captioned her Insta post saying, ‘Today team #Tejasmet honourable defence minister Shri @rajnathsinghbjp ji for his blessings, we shared the script of our film Tejas with @iaf_mcc as well and seeked few permissions, Jai Hind.”

Now that’s a great start for the project and we’re sure that this movie will be worth a watch and we can’t wait for it. 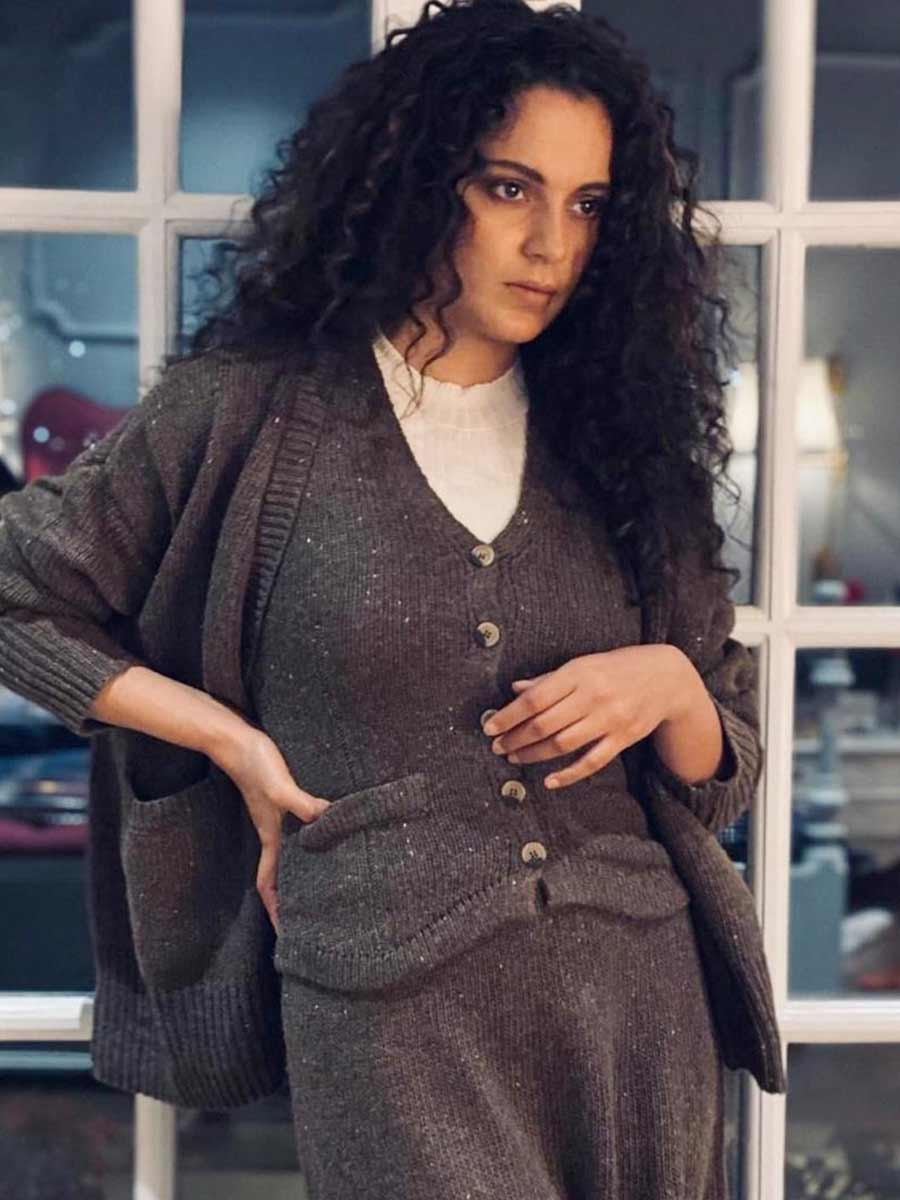 Kangana Ranaut is also simultaneously preparing for another film titled Dhakaad. The actress had shared a video a couple of days back where we saw her indulging in some physical training and she had captioned it saying that it was her prep for Dhaakad. The film is an all-out action movie and the actress is going to be seen in a new avatar.

Source of the article : New feed at Kangana Ranaut Meets Defence Minister Rajnath Singh And Seeks His Blessings For Tejas