Look Upon the Final ‘Avatar 2’ Set Photos of 2020, Which Feature Fancy Filmmaking Equipment and a Space Boat

I am here to inform you there are more Avatar 2 set photos. At this point, I’m pretty sure you could compile a flipbook of all the behind-the-scenes pics and create your own movie if you were so inclined. As usual, the latest Avatar 2 set pics are odd curiosities, since so much of the movie is created in post-production. As a result, director James Cameron and company keep providing us with images of actors in motion capture suits walking around weird, mostly empty sets, and we have to use our imagination to picture a bunch of colorful CGI that will be added later. 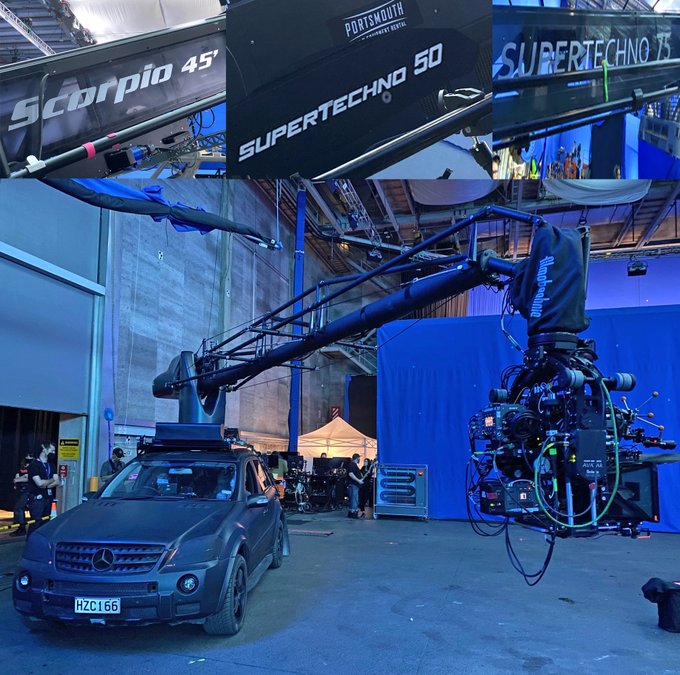 First up, here’s a car! I’m guessing this is the car some of the Na’vi use to go to the store to get some groceries. Or it’s just a car being used as a camera rig. Either option is possible, really. But in truth, James Cameron says this is “Three Technocranes and a Russian Arm mounted on top of a Mercedes-Benz.” A Russian Arm is a high-speed mobile cane usually mounted on the top of a vehicle (usually a car, but it can be anything, really – a truck, a boat, anything that moves, basically). 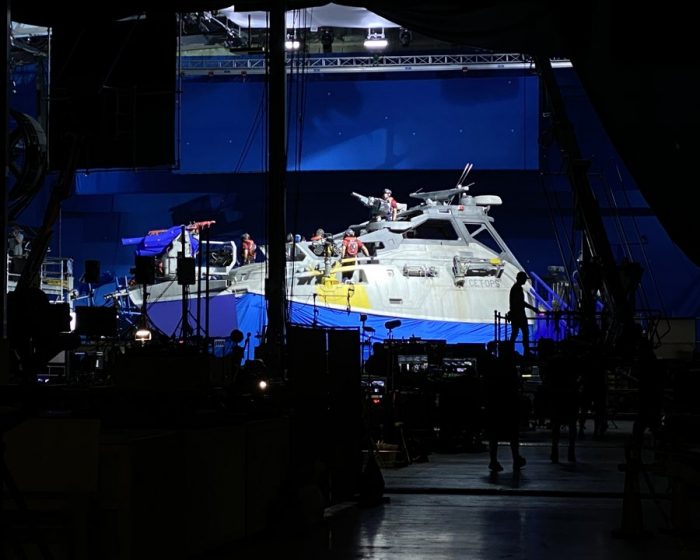 And then there’s this! As far as these Avatar 2 set images go, this one gets extra points because it’s actually something. A practical prop boat that is physically there! Amazing! The blue screen at the bottom of the boat indicates there are still digital enhancements to come, but still, I’m happy to see an actual object in one of these images for a change. Per Mr. Cameron, this is “The Matador (a 50′ forward command boat) on a 16-ton, 360 degree motion-control base.”

The post Look Upon the Final ‘Avatar 2’ Set Photos of 2020, Which Feature Fancy Filmmaking Equipment and a Space Boat appeared first on /Film.

Source of the article : New feed at Look Upon the Final ‘Avatar 2’ Set Photos of 2020, Which Feature Fancy Filmmaking Equipment and a Space Boat