Michelle Williams Shares That Her Father Passed Away [Condolences] 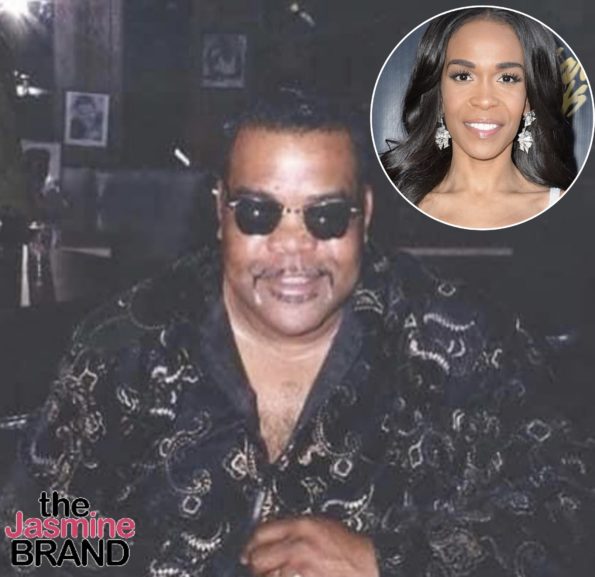 Michelle Williams Shares That Her Father Passed Away [Condolences]

Condolences go out to singer Michelle Williams, formerly of Destiny’s Child, as she shared Monday (Dec. 21st) that her father Dennis Williams, has passed away.  The singer took to her Instagram to post a message to her father with her fans.

I just don’t know what to say or where to start. Daddy, you fought harder than those of us that are in good health! For 15 years, you FOUGHT!!!”

You truly outlived moments where we thought you wouldn’t make it!! Mommy said last night she sang songs to you and you looked so content and had a look of peace in your eyes. You weren’t in any pain either!! The Lord took you in his arms this morning and I’m so thankful that you are resting in Him!!! I love you Daddy!!!! Nov 13, 1952-Dec 20, 2020. 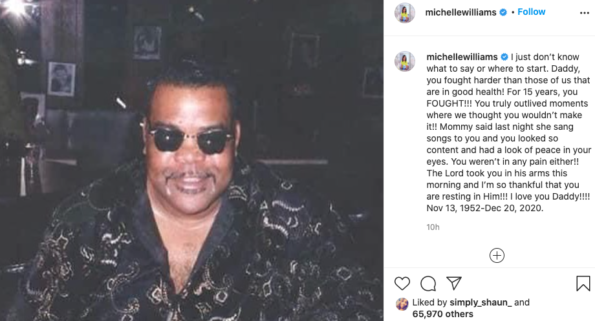 In 2012, Michelle Williams became the ambassador for American Heart Association’s Power to End Stroke and revealed in part,

“my father had a stroke in 2005 due to smoking, diabetes and an unhealthy diet…”

Send some encouraging words to Michelle Williams and her family below.

The post Michelle Williams Shares That Her Father Passed Away [Condolences] appeared first on theJasmineBRAND.

Source of the article : New feed at Michelle Williams Shares That Her Father Passed Away [Condolences]