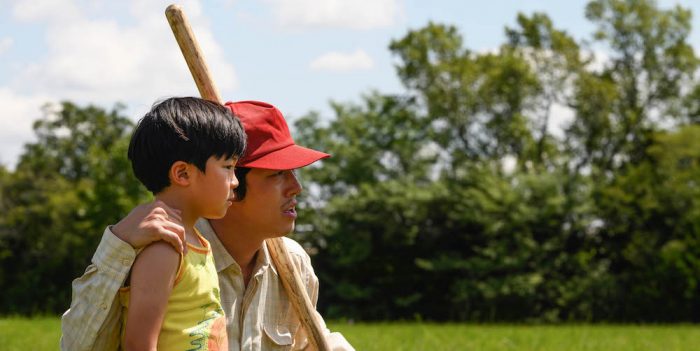 Lee Isaac Chung has found himself with several exciting projects lined up following his acclaimed 2020 film Minari. First he was tapped to direct Paramount, Bad Robot, and Toho’s live-action remake of Your Name, and now — as updates on the Your Name remake have dried up — he’s set to reteam with Brad Pitt’s Plan B Entertainment to direct a Hong Kong-New York love story for MGM.

In Chung’s second project with Pitt, Dede Gardner and Jeremy Kleiner’s Plan B — which produced Chung’s acclaimed semi-autobiographical film Minari — the filmmaker is set to make a romance drama under MGM.

Described as a “love story,” the untitled film “centers on a young man lost in New York City’s corporate drudgery, who finds love with a beautiful young woman from Hong Kong, only to break up with her out of fear of settling down. He sets out on a madcap quest to find himself, which leads him to realize he had already discovered true love in her. When he returns to rekindle their romance, he learns it’s too late, so he travels to Hong Kong to get her back,” per Variety.

The film sounds like the kind of international romance that he seems to have a passion for, considering his attachment to Your Name. Having dealt with outsider assimilation angst in Minari, I could see this love story dealing with a culture clash that Chung would excel at. It’s unclear whether he’ll tackle this film or Your Name next, but it’s clear there is a lot to look forward to from Chung in the coming years.

Chung’s film is part of a two-year second-look film production deal between MGM and Plan B, which also includes a new film from Bad Education director Corey Finley, which will be an adaptation of M.T. Anderson’s novel Landscape With Invisible Hand.

“We are incredibly thrilled to have Brad, Dede, and Jeremy join the MGM family,” MGM Motion Picture Group Chairman Michael De Luca and MGM Motion Picture Group President Pamela Abdy said in a statement. “Their decades long commitment advocating for a filmmaker’s vision knows no equal. All of us at MGM are excited to join with them in bringing these incredible filmmaker’s visions to life and to be a home for theirs and so many singular voices who are making movies today and, in the years, to come.”

Added Plan B, “We very much look forward to working with Mike, Pam and the MGM team as we head into the next decade with our company. We are equally thrilled to be working again with Lee Isaac, and to collaborate with Cory, and to join with MGM in sharing their uniquely original films with audiences the world over.”

The post ‘Minari’ Director Lee Isaac Chung’s Next Movie is a Hong Kong-Set Love Story Under MGM and Brad Pitt’s Plan B appeared first on /Film.

Source of the article : New feed at ‘Minari’ Director Lee Isaac Chung’s Next Movie is a Hong Kong-Set Love Story Under MGM and Brad Pitt’s Plan B