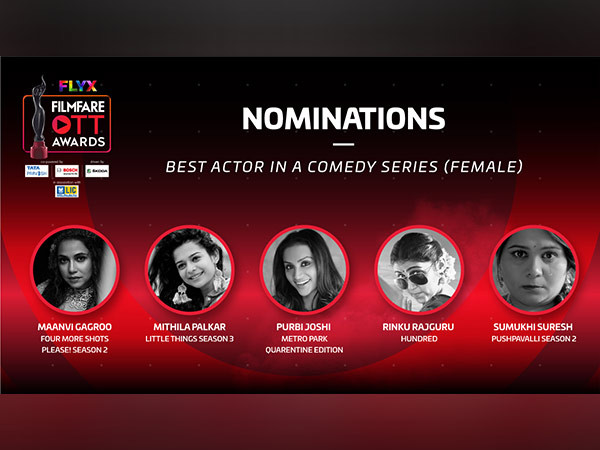 Comedy is said to be a tricky business. One slip and you’re in danger of losing your audience. The nominees of the Best Actor, Series (Female): Comedy are a cut above the rest. They know how to deadpan with aplomb and know just where to stop so that the impact of the punchline doesn’t fade. You can depend on them to lighten your mood like every time. Even amongst a sea of co-actors, their single expression is enough to make you smile. Akela hi kaafi hai.

Sidhi Patel is a rich kid who is struggling with what to do with her life. In Season 1, her life was pretty directionless and in Season 2, she’s kind of getting it on track. Her takes on everything are simply hilarious and elicit the most laughs. Despite the light and the laughter, her character hides a darkness within her as well, which is well brought out by the actress.

Kavya Kulkarni is a girl child struggling with adulthood. While in the first two seasons her character was much more frothy and fun, in Season 3 she’s shown to be dealing with the concept of a long-distance relationship, something most of us could relate to, especially in these trying times. Everything about her is fresh and bubbly and spontaneous. We don’t know where Mithila begins and Kavya ends.

Metro Park is a family drama revolving around a typical Gujarati family settled in New Jersey. The everyday lives of Ranvir Shorey and Purbi Joshi, who plays Payal Patel, reflect the concerns of NRI’s settled abroad. Purbi’s Gujarati accent was on point in the series. The quarantine edition had the actors stretching their boundaries as most of it was shot indoors and in isolation but Purbi proved equal to the task.

Netra Patil learns that she has only 100 days to live. Instead of being all depressed about it, she decides to become a vigilante for the police and live her life to the fullest. Rinku Rajguru captured the fatalistic streak of her character to perfection. Everything becomes an adventure for her because of her condition and she takes the viewers along for a madcap ride.

In Season 2 viewers can’t decide whether Pushpavalli is a victim or a manipulator. It even feels as if she herself has been fooled by her own con. It’s indeed true that we tend to categorise people by their body type and skin tone and this generalisation sometimes brews insecurity among people. Sumukhi Suresh brings out all the complexities of such an individual to a T. Her mercurial expressions never fail to garner in the laughs.

Source of the article : New feed at Queens of laughter