Regina Hall Calls Herself An Old B*** As She Celebrates Her 50th Birthday!

Regina Hall Calls Herself An Old B*** As She Celebrates Her 50th Birthday!

Actress Regina Hall turned 50 over the weekend (Dec.12) and celebrated by writing and recording a hilarious birthday song. Regina took to Instagram to share the home video where she is seen embracing her ‘old age’ and having fun with friends. She captioned the post,

“Because laughter keeps you forever young I wrote a special song for a special Birthday. Thank you to my amazing co-stars @zoeterakes@kathebbss@gracevanpatten@tiffmonet for celebrating and singing with me! And thank you to @melvingregg for shooting directing and editing the video. Shout out to @natandalex and @xobarbodi for assisting.”

In the video, Regina Hall sings, “A b***h is old today. I passed half my life expectan-cay” while she’s walking around her house, sipping on some alcohol and embracing her age! 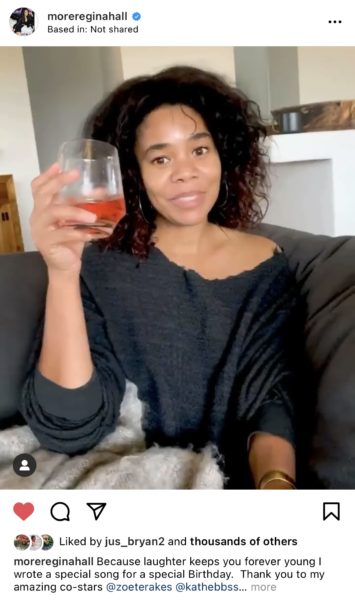 She is also seen in a black one-piece bathing suit jumping on a trampoline and  lounging by the pool with her friends. 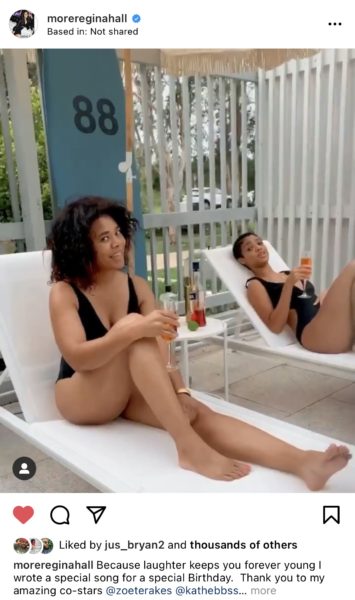 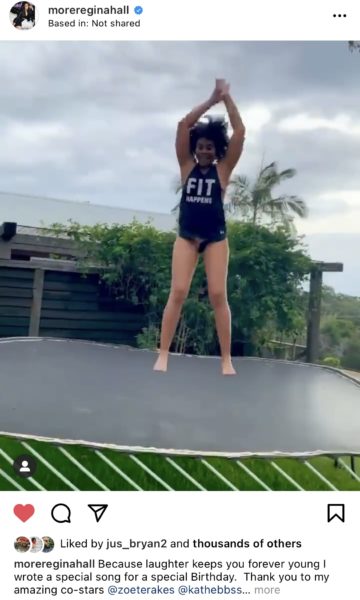 Regina Hall received a lot of birthday love and praise for her video from several of her celebrity friends including, Gabrielle Union, Sanaa Lathan, Nia Long, Viola Davis, Samuel L. Jackson and many more. 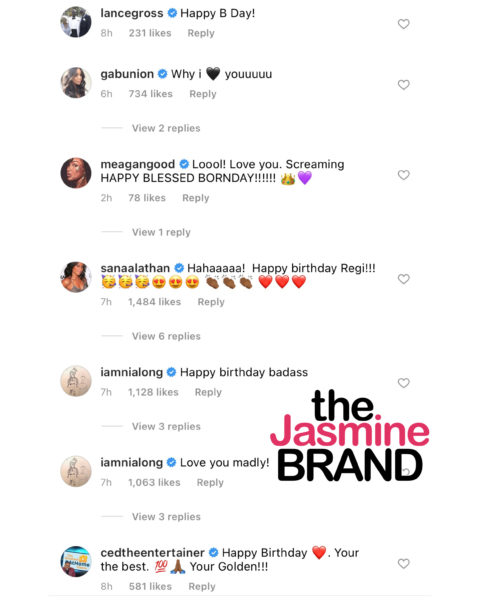 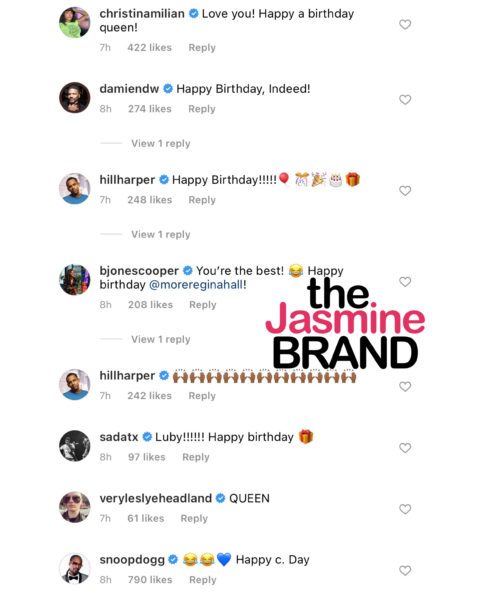 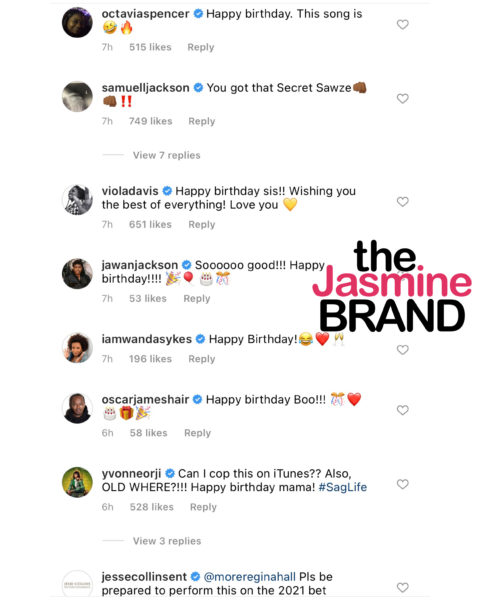 See The Full Video Below:

A b*tch is old today (her words, not ours)! The legendary #ReginaHall is celebrating her 50th birthday w this hilarious song ? pic.twitter.com/VRDsUtSdOd

The post Regina Hall Calls Herself An Old B*** As She Celebrates Her 50th Birthday! appeared first on theJasmineBRAND.

Source of the article : New feed at Regina Hall Calls Herself An Old B*** As She Celebrates Her 50th Birthday!