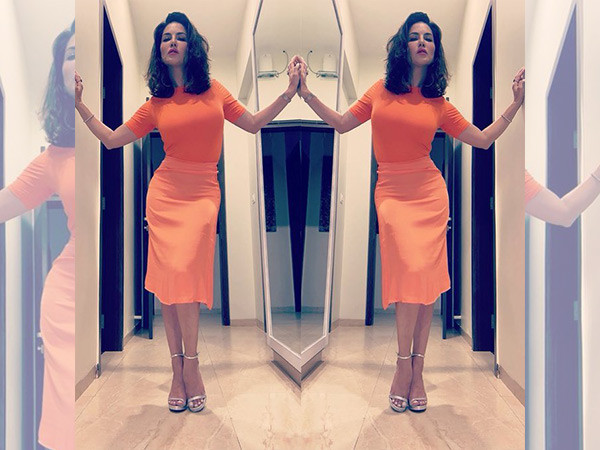 Sunny Leone is back in Mumbai after spending six months in the US. The actress had gone back to the US with her husband Daniel Weber and her kids to be safe amidst the pandemic in May. Now that the actress is back, she’s out and about, creating a storm on the virtual world and social media. 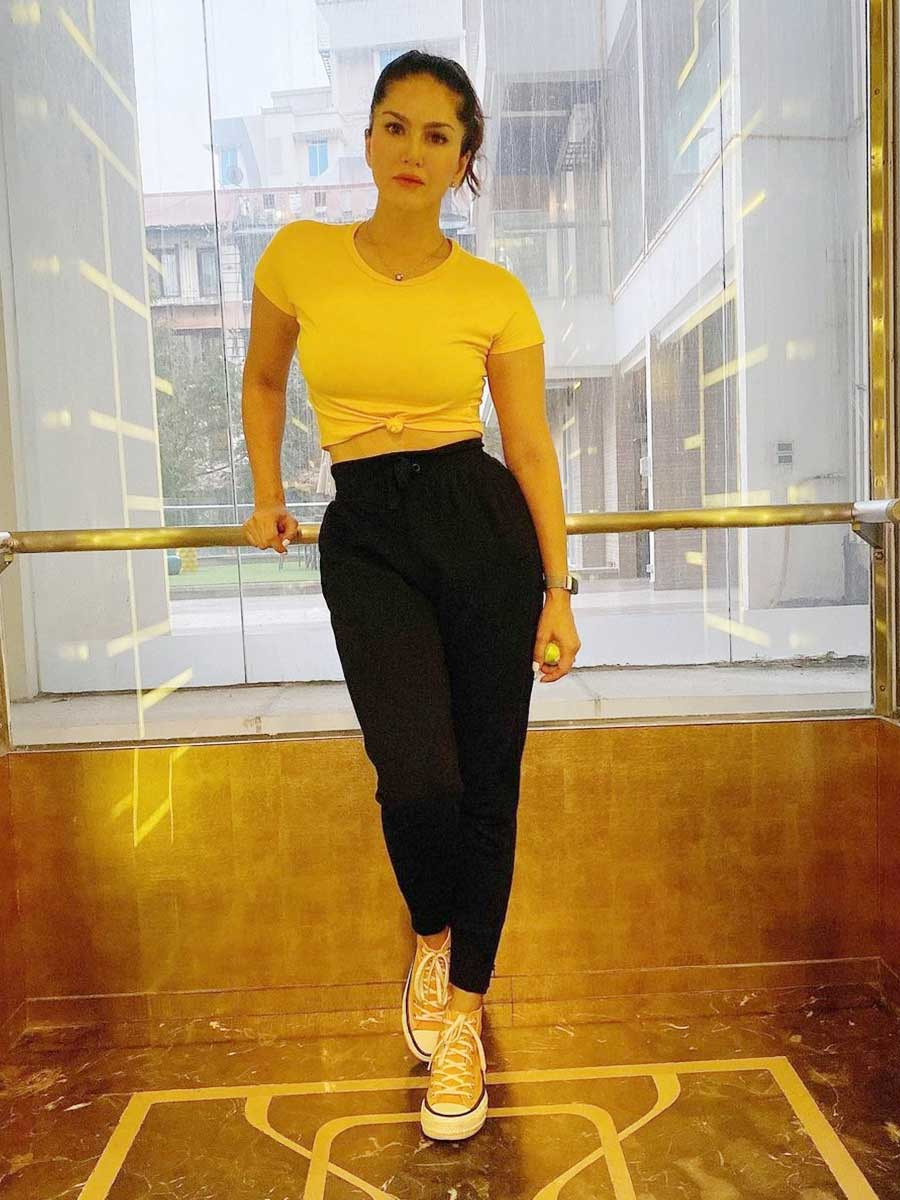 Sunny Leone who loves to be active on social media is often seen posting pictures and videos of what she’s upto on her page. Last night the actress posted a sexy click of herself on social media with a lit-caption. The actress is seen in a sexy body-hugging orange dress and striking a pose that scorches our feed. The actress captioned the picture saying, ‘The night is young!! Wanna dance??’ and inserted a monkey shutting its eyes, kissing emojis and blush-emojis. Now we wonder if the actress had a Saturday-night date with her husband. 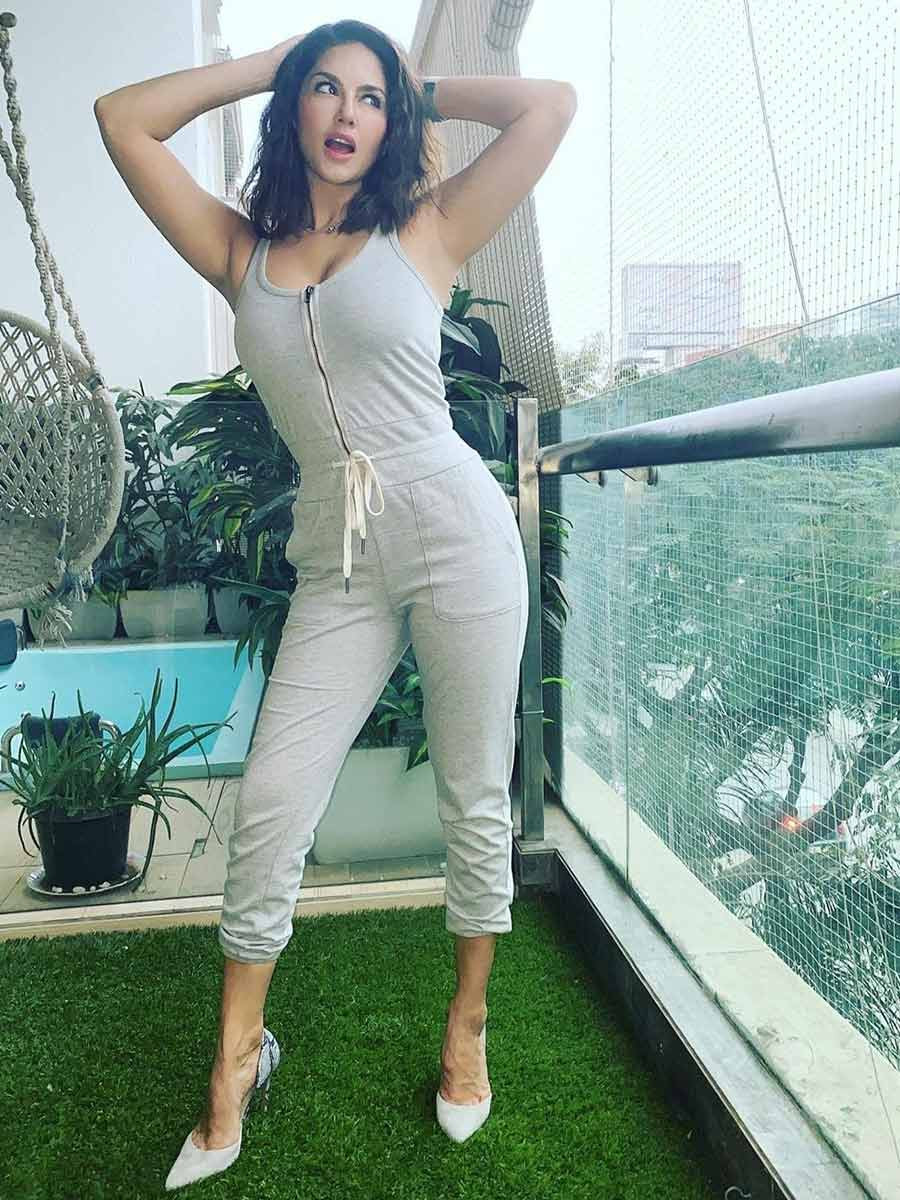