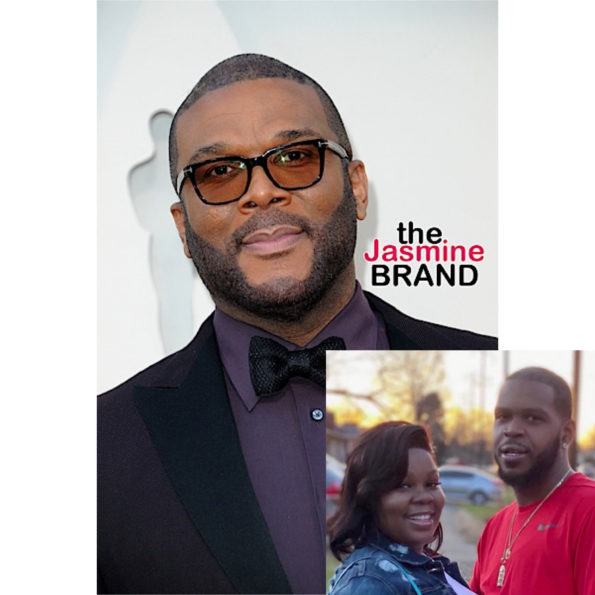 Tyler Perry has donated $100,000 to the legal defense fund of Kenneth Walker, the boyfriend of Breonna Taylor, who was shot to death in her apartment on March 13 by Louisville, Ky., police. Policemen entered her home with a “no-knock warrant” amid a drug investigation.  Kenneth Walker was also in the apartment at the time and fired a warning shot at the officers, believing them to be intruders. The officers fired back with more than 20 bullets, tragically, killing Breonna Taylor.

Walker is now being sued by Louisville Sergeant Jonathan Mattingly for emotional distress, assault, and battery. Mattingly is claiming he experienced “severe trauma, mental anguish, and emotional distress” the night that Breonna Taylor was killed because of Walker’s actions.

On November 10, a GoFundMe page was created to help raise money for the upcoming legal battle. The goal was set at $100,000, however, with the help of Tyler Perry, they were able to exceed it. The donation from Tyler Perry seemed to have come in waves. First, there was a donation of $10,000, shortly after another $10,000 came in, followed by $50,000 and $30,000. A source close to the actor and producer confirmed that the donation did indeed come from him.

Tyler Perry is known for his charitable acts and giving back to the community. This past Thanksgiving, he organized a food giveaway where he provided groceries and gift cards to 5,000 families in Atlanta.

Kenneth Walker sat down with journalist Gayle King in October and detailed his side of what took place the night his girlfriend died. He described how he felt when they heard a knock at the door and said:

“I don’t have much room to be afraid ’cause I got someone here that I gotta take care of… At that point, we’re getting up to put on clothes, make ourselves decent to answer the door. Then I grab my gun…That was the one time I had to use it. If it was police and they just said ‘We’re the police’ me or Breonna didn’t have a reason at all not to open the door to see what they wanted.”

What are your thoughts on Tyler Perry’s donation to Kenneth Walker? Let us know in the comments below.