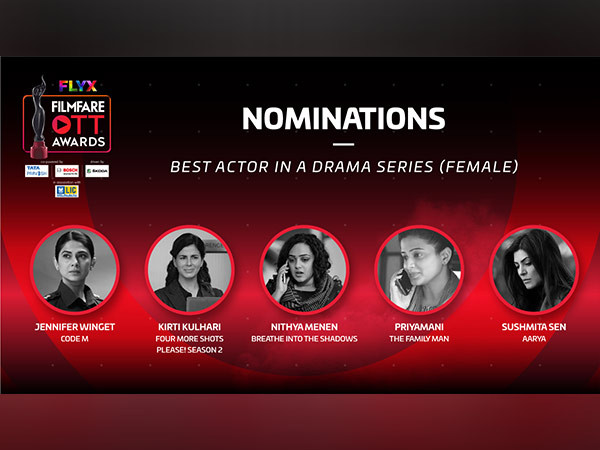 The nominees of our Best Actor, Series (Female): Drama have all made a successful transition into the OTT arena from traditional fields of film and TV. Goes on to show that talent isn’t limited by boundaries and can flourish anywhere. Each of them has played a complex character and have made themselves indispensable to their respective series. They can be called the leading lights of the dramas they represent and without exception, have shown that if you believe in your cause, you have the power to take on the world all by yourself. Akela hi kaafi hai, you don’t need anyone else to lean on…

Jennifer Winget plays Monica Mehra, a crack army lawyer who has been handed a murder case and realises there is too many things going on beneath the surface. The truth might prove costly for everyone’s sake and the revelations might get into the way of true justice. It was a complex character arc but Jennifer did full justice to it.

Kirti Kulhari plays Anjana, a divorced single mother and a lawyer who is always there for her friends. Like all millennials, she’s also trying to come to terms with the reality of fluid relationships. It was a portrayal rooted in real life and hence found ready acceptance among the masses.

Nithya Menen (Breathe Into The Shadows)

Nithya Menen played Abha Sabharwal, a doting mother who is willing to do anything and everything to get her missing daughter back and won’t even stop at murder when it comes down to it. It was a gritty, earthy performance. The audience could relate to it as circumstances turn her around from a happy wife and mother to a woman on warpath.

Priyamani played Suchitra Iyer Tiwari, the wife of the protagonist. She’s seen as a happy homemaker at first and then sprouts ambitions of doing something for herself as well and this dichotomy, which is so much in evidence in our real lives as well, made her character so endearing to the audience. She has got a complex love life, and this added layer makes her character that much more interesting.

Aarya Sareen is a wounded tigress who would do anything to keep her family safe. She has to step into the shoes of her murdered husband, who happened to be a gangster. It’s all strange to her at first but afterwards, she finds herself adapting to the new circumstances and what’s more, learns new tricks to beat the old players at their own game. Sushmita came back to acting after a long hiatus and one could see that the actress thoroughly enjoyed the process.

Source of the article : New feed at Women power