Congrats are in order for Zonnique Pullins, singer, reality star, and daughter of Tiny Harris, as she and her boyfriend rapper Bandhunta Izzy welcomed their baby girl!

Romeo Miller announced the news on Fox Soul’s The Mix, where Zonnique Pullins serves as a co-host. He revealed Tuesday (Dec. 15th) that she went into labor the night before and welcomed the baby girl the next morning.

Tiny Harris also shared the news on Instagram and added the caption:

My Gbaby is so fat & cute!! Just as I dreamed she would be!! I told y’all Today was a very Blessed day straight frm God! & yes I just loved this video so I had to!! “

Zonnique Pullins’ BFF and the Godmom to her child, Reginae Carter, also expressed her excitement on social media. 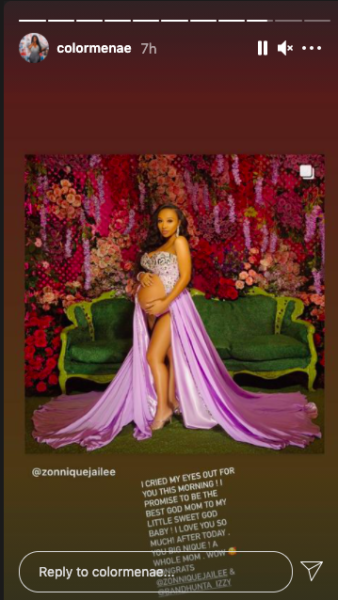 Zonnique first announced the pregnancy news in August. Her stepfather, T.I., also found out the news on the show.