Black Ink Crew’s Ceaser Emanuel Accused Of Physically Abusing His Daughter: He Beat Me While I Was Naked 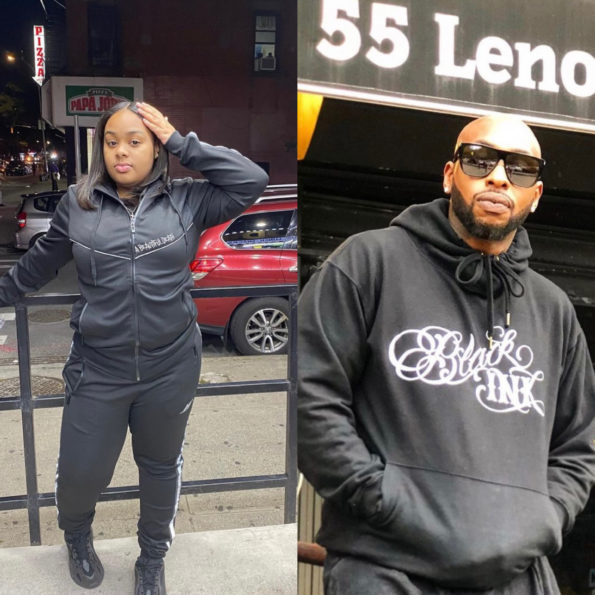 Black Ink Crew’s Ceaser Emanuel Accused Of Physically Abusing His Daughter: He Beat Me While I Was Naked

Ceasar Emanuel of VH1’s Black Ink Crew has been accused of being physically abusive towards his 16-year-old daughter Cheyenne Emanuel. On Saturday (Jan.2), Cheyenne discussed the alleged incident during an Instagram Live and claimed that Ceasar “put his hands and feet on [her]” and that he “stomped [her] out.” She also revealed that cops were called to the scene.

Cheyenne later posted a message on her Instagram Story going into greater detail about the alleged abuse. She wrote,

“I’m going to address this for the last time. The level of disrespect from my father pulling me out of the shower then beating me while I was naked is a problem. Period!! I have no reason to fabricate a story.”

She claimed that he kicked, punched and stomped on her “like a dog in the street.”

“I’m here to speak my truth. He knows what he has done. The police was called, There are records. All of you trolls can say what you want. This is my reality of what transpired.”

She also slammed Ceaser’s girlfriend and claims she has been “stalking” her father for years now.

“How can you respect anyone that puts his hands on his daughter the way he did?!” 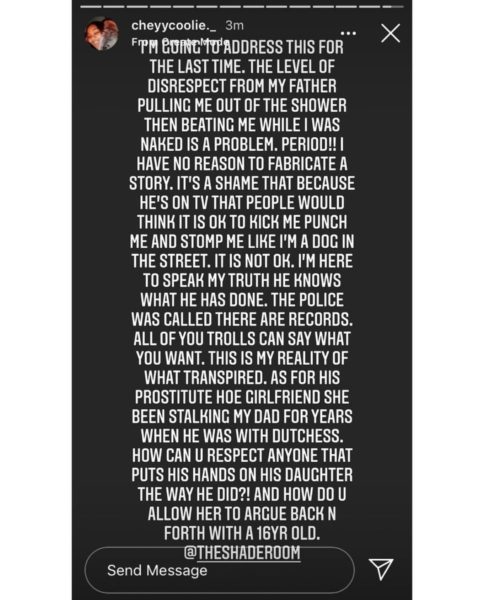 In a now deleted post, Ceaser addressed the allegations on Sunday (Jan.3) and denied abusing his daughter. He wrote,

“My daughter Cheyenne and I are not on great terms. However, I would never physically abuse her. I have only done what many parents would have when their child has crossed the line and that is discipline, my child. I love my daughter and she is the only heir to my black ink tattoo studios. She is just having a hard time adjusting to no longer being the only child and having to share her father.”

“I am doing the best I can to make everyone comfortable in our new blended family. I understand that we are on reality tv and our lives constantly play out in the public eye but I hope everyone can respect my family’s privacy while we settle our differences.” 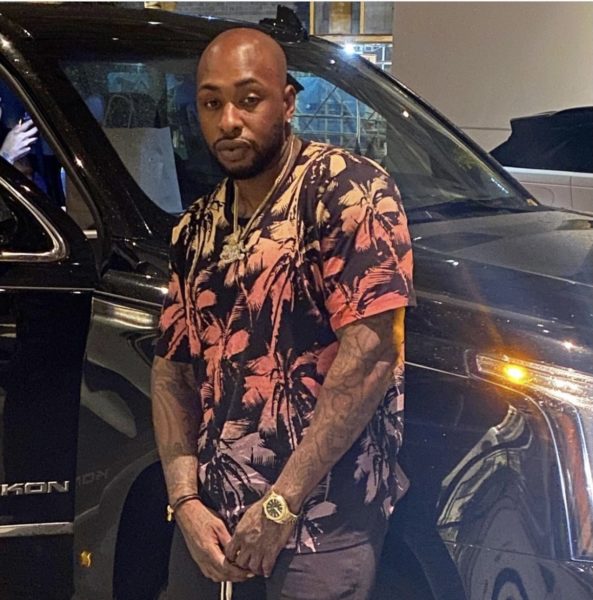 What are your thoughts on the allegations Ceaser’s daughter is claiming? Let us know in the comments below!

The post Black Ink Crew’s Ceaser Emanuel Accused Of Physically Abusing His Daughter: He Beat Me While I Was Naked appeared first on theJasmineBRAND.

Source of the article : New feed at Black Ink Crew’s Ceaser Emanuel Accused Of Physically Abusing His Daughter: He Beat Me While I Was Naked