Cool Stuff: All 15 ‘Godzilla’ Soundtracks from Japan’s Showa Era Are Coming to Vinyl from Waxwork Records

The piercing roar of Godzilla is unmistakable, and along with it comes an impressive array of motion picture scores that have helped bring Japan’s most famous kaiju to life in epic fashion. This spring, you can own a massive vinyl box set of Godzilla soundtracks from Japan’s Showa era of the monster’s reign on the big screen. 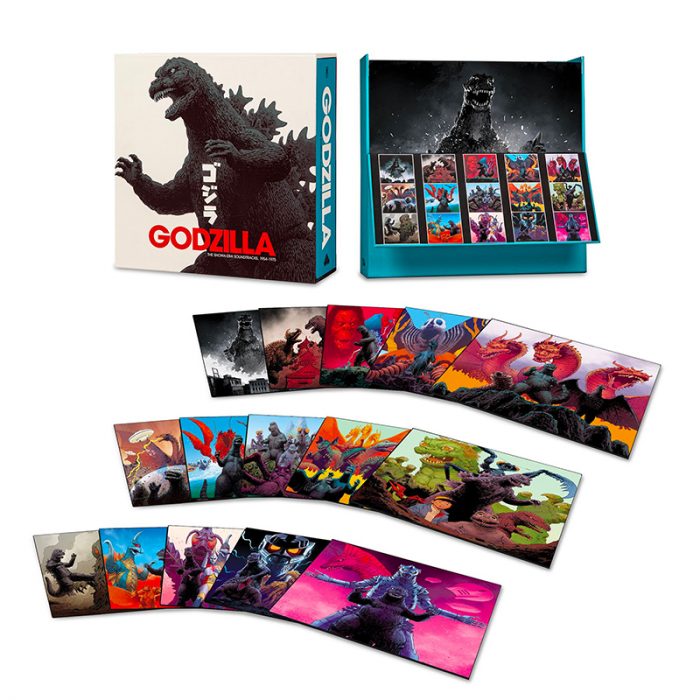 Like an unleashed Kaiju, Waxwork is excited to stomp our way further into the Monsterverse with this landmark box set that collects nearly all of the original Godzilla film soundtracks on vinyl for the very first time and featuring the works of composers Akira Ifukube, Masaru Sato, Kunio Miyauchi, and Riichiro Manabe.

Here are all the soundtracks you’ll find in this Godzilla vinyl soundtrack box set available for pre-order now:

You can get a much closer look at all of the artwork for each of the film’s soundtracks, as well as the slipcase and colored vinyl discs themselves over at Waxwork Records. The album cover and gatefold artwork for each title is simply amazing, so much that even if you don’t have a record player, displaying these albums would make for an incredible gallery wall.

Spanning over two decades of Godzilla movies, this is an incredible assembly of soundtracks that will be a must-have for Godzilla fans. But that means it also comes with a hefty pricetag. If you want to snag this box set, you can pre-order it right now at Waxwork Records for $450.00, and it’s expected to ship sometime in March 2021.

The post Cool Stuff: All 15 ‘Godzilla’ Soundtracks from Japan’s Showa Era Are Coming to Vinyl from Waxwork Records appeared first on /Film.

Source of the article : New feed at Cool Stuff: All 15 ‘Godzilla’ Soundtracks from Japan’s Showa Era Are Coming to Vinyl from Waxwork Records