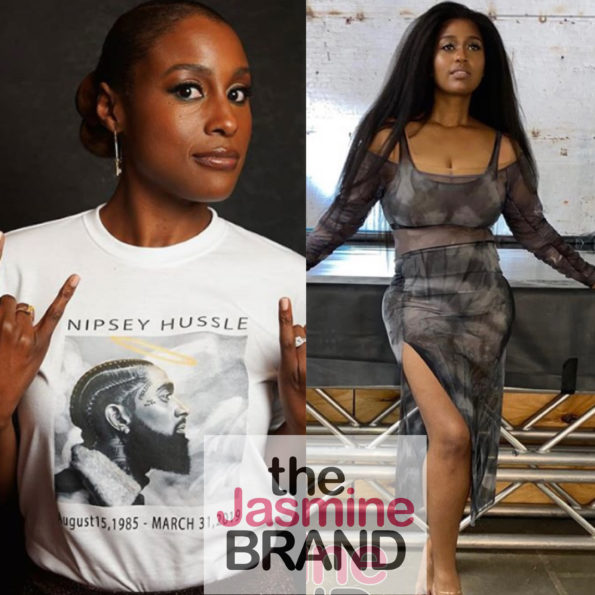 It looks like their is a new collaboration we can look forward to seeing! Actress/producer, Issa Rae and R&B singer, Jazmine Sullivan are teasing the idea of teaming up to create a short film based on Jazminne Sullivan’s new EP, “Heaux Tales”. On Saturday (Jan.9), Sullivan took to Twitter to let everyone know that she would love to collaborate with the “Insecure” star. She wrote,

“What I would love is if me and @IssaRaedid a heauxtales short film and I’d add a few extra songs. But I could just be dreaming. Nvm me.. I’m crazy” 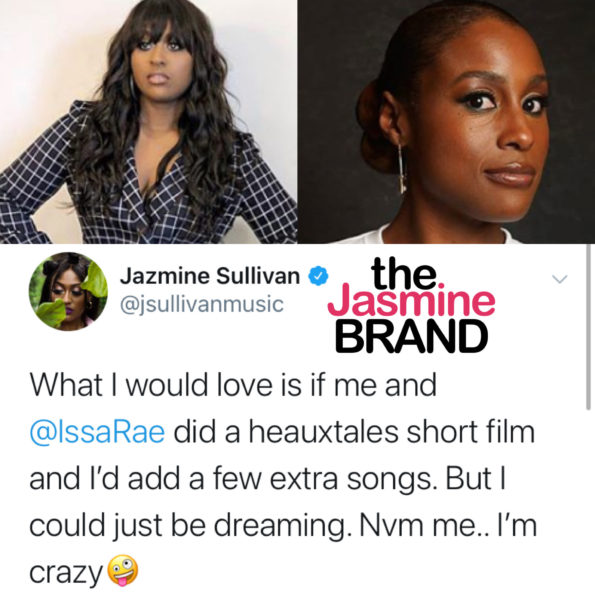 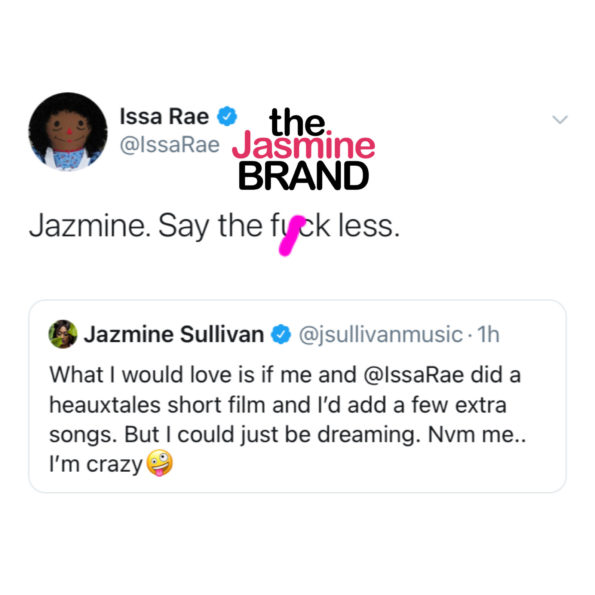 This definitely seems like a promising collaboration especially since Issa Rae has recently launched a new production company, “Hoorae”. The new company has already secured HBO projects like the docuseries Seen & Heard, comedy series Tre Cnt, and Rap S***, which will air on HBO Max. “Hoorae” will also produce Ghost in the Machine for Netflix, Sinkhole with Universal and Monkeypaw Productions, and Spyglass’ Perfect Strangers.

Jazmine Sullivan just ended her 6 year hiatus from music by releasing a 7 song EP titled, “Heaux Tales”. The EP dropped on Friday (Jan.8) and already has the internet buzzing. On Thursday night (Jan.7), Jazmine Sullivan shared some promo for the EP and wrote a message thanking her fans for their patience and joked about not having to wait another 6 years for an album. Sullivan wrote,

Thankful to everyone involved in the project. My dearest friends, associates and family who let me tell some of they bizness to my fans who’ve been so patient w me… I love you!! Please know that an album is coming and it won’t take 6 years for now vibe w this and I’ll see u when corona’s over so we can sing to each other! “ 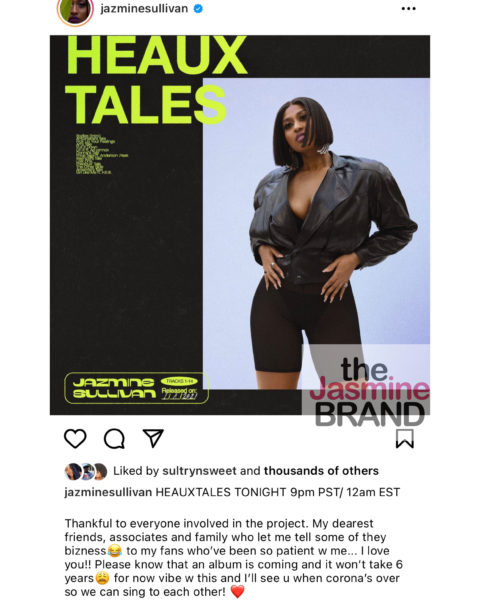 Sullivan first teased the idea of a new EP back in December, 2019 when she took to Instagram to speak on her hiatus and the possibility of  new music. She wrote,

“So, I’ve been quiet for a min. And by a minute I mean 5 years. But I just recently experienced something that has rocked my world and turned it upside down. Life is funny like that. I’m almost sure it’s leading me on a path that will inspire an album. But for now an EP is on the way. Probably spring release. Love you all” 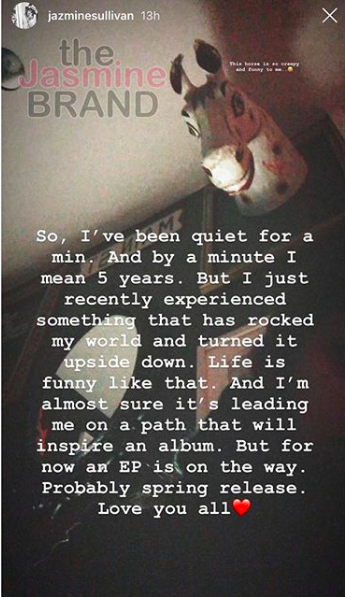 What are your thoughts on Issa Rae and Jazminne Sullivan Possible Collaboration? Let us know in the comments below!

The post Issa Rae & Jazmine Sullivan Will Team Up For A Short Film Based on Singer’s “Heaux Tales” appeared first on theJasmineBRAND.

Source of the article : New feed at Issa Rae & Jazmine Sullivan Will Team Up For A Short Film Based on Singer’s “Heaux Tales”