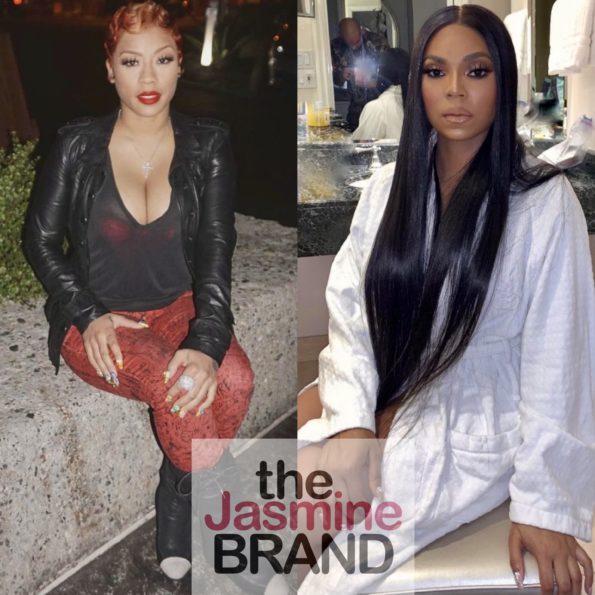 R&B singer Keyshia Cole is apologizing to her fans for the sudden cancellation of the highly anticipated Verzuz battle with she and singer Ashanti. The pair were set to perform in a Verzuz Battle on Saturday (Jan.9), but unfortunately, the event has been pushed back for now a second time. The announcement was made on Verzuz’s official Instagram account on Thursday (Jan.7) as it also revealed that artists will no longer be at the same location due to COVID-19 cases increasing. Co-creator Swizz Beatz responded with several eye-rolling emojis. 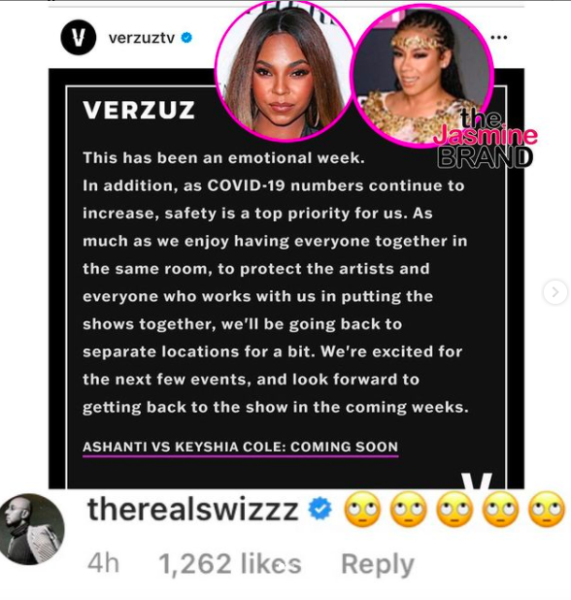 Keyshia Cole took to Instagram on Saturday (Jan.9) to apologize to fans for the cancellation and to thank them for their love and support throughout the years.  She wrote,

“I’m so sorry the @verzuztv event didn’t happen! I want you guys to kno, I really think @applemusic didn’t want to put staff/Production in danger along with @ashanti and myself. Due to the recent spike with the Corona virus ….”

“I kno you all had get togethers and parties planned in states that were open. I’m so sorry! I love you guys, and thank you for the continued love and support over all these years!!! I BEEN READY! And I STAY READY!!!” 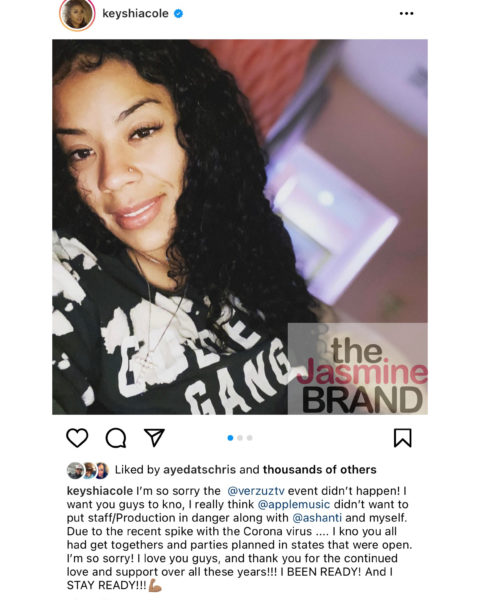 She later posted on her Instagram story a picture of herself laying in bed and saying she is bored. She wrote,

“When you could be singing. But now you in bed bored.” 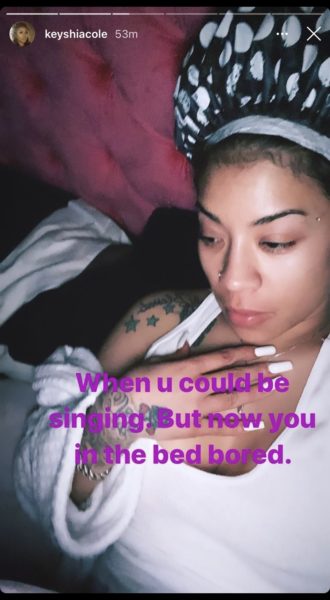 Keyshia Cole and Ashanti were originally set to face off last month, but theJasmineBRAND broke the story that it would be postponed due to a COVID-19 related incident. 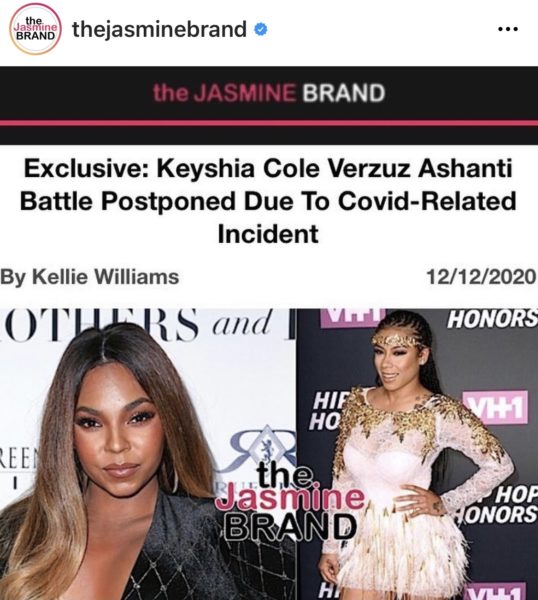 It was later confirmed that Ashanti had tested positive for Covid-19. 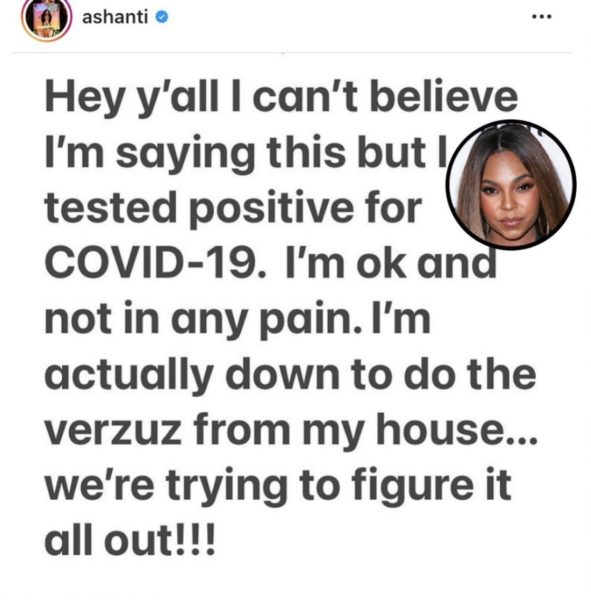 It is unclear when the long awaited Verzuz battle will be rescheduled.

What are your thoughts on Keyshia Cole’s apology? Let us know in the comments below!