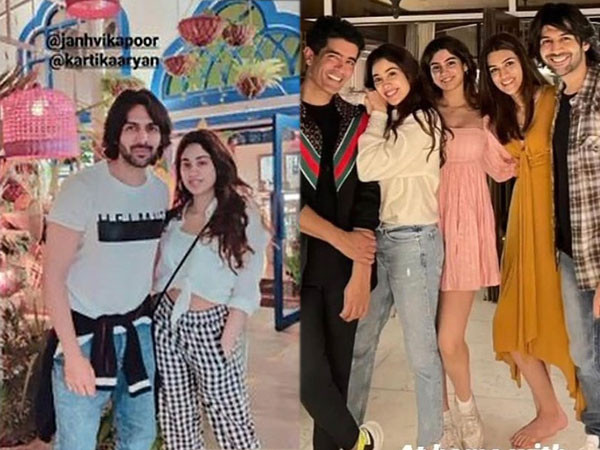 Janhvi Kapoor and Kartik Aaryan will soon be seen together in Dharma Productions’ Dostana 2. The film also stars actor Lakshya who will be making his Bollywood debut from the film. The rumours doing the rounds however suggest that there is a strong bond growing between Janhvi and Kartik who really enjoy each other’s company. And just two days back they were spotted at the airport in a span of a few minutes leaving everyone wondering if they jetted off to the same destination. And well, now it’s all clear.

Janhvi and Kartik were snapped in Goa together and a picture of the two has gone viral online. Whether it is a work trip or a holiday just with each other is still unknown but we hope the duo has a great 2021.