While Rihanna is making her New Year’s resolutions, fans are still begging her for her ninth studio album.

Jan. 27 will mark five years since Rihanna has released a new album. Her latest, ANTI, released on Jan. 27, 2016, featured hit singles like Kiss It Better, Needed Me, and Work, so it only makes sense that fans want more.

She shared a snapshot of herself on Instagram with the caption: 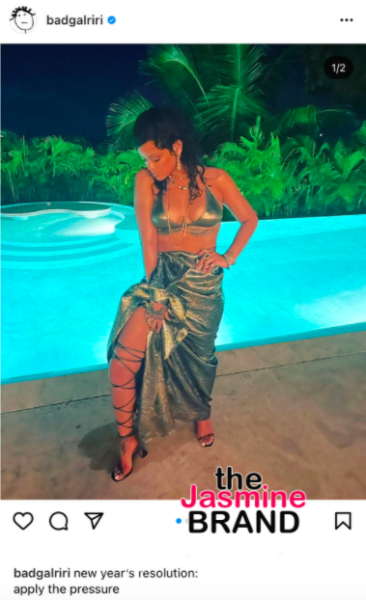 It didn’t take long for fans to tell her to focus on her upcoming album. One wrote:

“Resolution should be releasing the album” 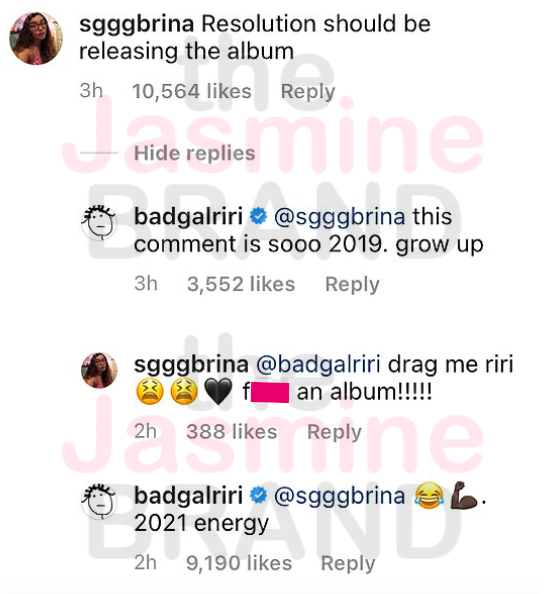 She laughed with the fan, who was clearly proud to receive a mention from her, and told them:

Another commented under her snapshot:

“Speaking of pressure, it’s the album for me.”

But it doesn’t look like she’ll leave music behind for good. She spoke on the new year during an interview with Closer published last month and said:

“2021 is a little unknown for everybody and nobody is sure what restrictions there are going to be. My creativity is within my control though, and I want to take my music and my brands to a different level.”

Are you ready for a new Rihanna album? Comment and let us know

The post Rihanna Tells Fan Begging For New Album To ‘Grow Up’: It’s So 2019 appeared first on theJasmineBRAND.

Source of the article : New feed at Rihanna Tells Fan Begging For New Album To ‘Grow Up’: It’s So 2019